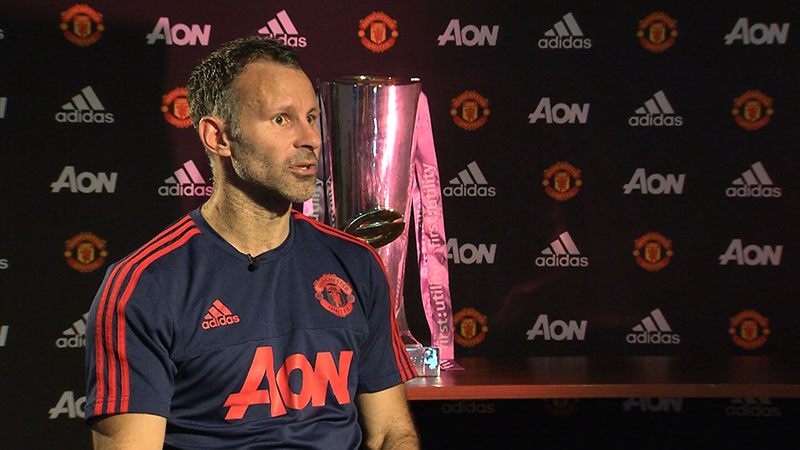 Manchester United assistant manager Ryan Giggs believes Old Trafford is the perfect venue for the Super League Grand Final, which will be held at the stadium for the 18th consecutive year on Saturday afternoon.

With the Reds away on international duty, rugby league is taking over the Theatre of Dreams this weekend, as Leeds Rhinos face Wigan Warriors in the sport's showpiece event.

Giggs is a keen follower of the sport and is sure the players – as well as the 73,000 fans attending the sold-out spectacle – will enjoy the Old Trafford experience.

"It’s a special ground and if you only play there once a year, even more so," Giggs told Sky Sports. "It’s a proper stadium with a proper atmosphere and every fan gets a great view of the game.

"Ever since the Super League final has been there, the rugby lads have really enjoyed it. You might not get the chance to play there again, so you want to make the most of it. Of course, it’s extra special if you win."

Giggs, whose father played rugby league professionally, has supported Wigan since he was young. So he’s hoping the Warriors triumph this weekend but appreciates the qualities of Leeds, who are chasing a Treble not unlike what the Reds achieved in 1999.

"My dad was a rugby league player, so my interest started when we moved from Cardiff to Swinton, who my dad played for," he explains. "I watched them home and away until I started playing football regularly.

"Once rugby league’s in your blood, that’s it for the rest of your life. Wigan were a great side during the 1980s and, even though I was a Swinton fan, my love for Wigan started around then.

"I’m hoping for a Wigan win on Saturday but I think it will be close. Both teams have so many match-winners. Leeds are such an experienced side, similar to United in 1999, when the senior players would come into their own in the big games.

"The lads who have been there and seen it will be a big help to those who are not so experienced, but ultimately it is who turns up on the day. It should be a great final."