Ryan Giggs aims to stay at Manchester United for another season 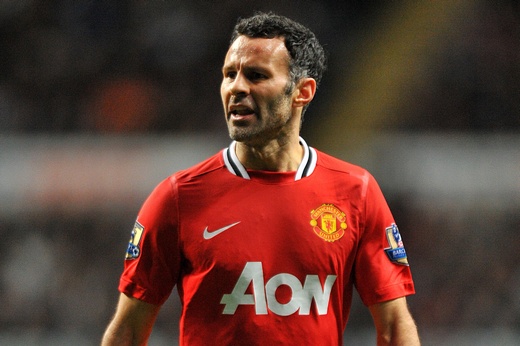 Ryan Giggs has admitted he plans to stay at United for at least another season.

The veteran midfielder continues to shine despite reaching the ripe old age of 38 and remains a vital cog in the Reds' machine.

In an exclusive in-depth interview in the latest edition of Inside United, the club's official magazine, Giggs confirms he is keen to prolong his glittering career.

When asked if the aim is to play on beyond May, the former Wales international replied: "Yeah, it is at the moment. We'll sit down pretty soon and see what we want to do but, at the moment, I feel good and I want to carry on."

The prospect of playing into his forties brought a laugh and the response: "Now that one's a question! You can't see it but we'll see.

"When that changes [having a big influence on the pitch], then that's when I'll want to stop.

"But I feel like I'm still an influence on and off the pitch so I'll carry on."

Sir Alex, also speaking exclusively to Inside United, confirmed that another new deal is in the pipeline.

"We certainly hope so, yes," he replied when asked if Giggs can carry on for another year. "There has been no discernable detrioration in his play whatsoever and, in that sense, why shouldn't he stay on another year?

"Obviously, it's entirely up to Ryan himself but I don't see any reason why he can't continue."