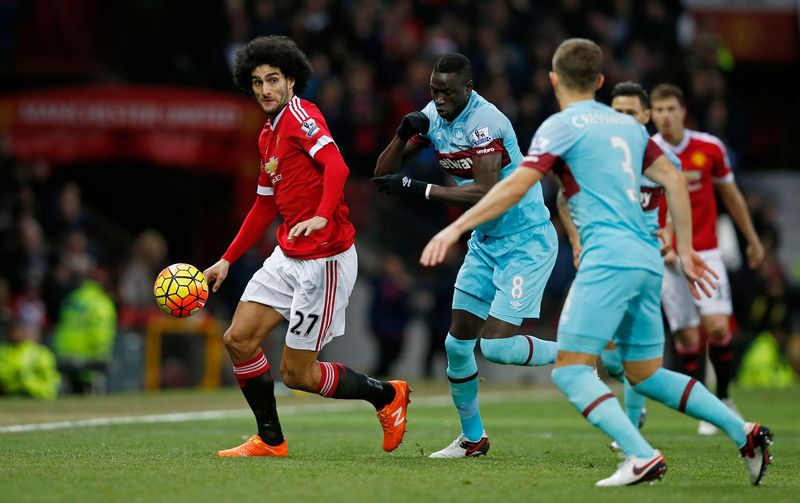 An entertaining Barclays Premier League encounter ultimately ended in frustration as Manchester United were held to a goalless draw by West Ham United at Old Trafford.
The Reds, who were without the services of injured captain Wayne Rooney and lost Morgan Schneiderlin at the end of the first half, created plenty of openings but couldn’t break down a Hammers side who created their fair share of opportunities themselves, with Mauro Zarate guilty of one glaring miss in the second half.
Louis van Gaal's side spurned the chance to leapfrog Manchester City, who lost 2-0 at Stoke City earlier in the day, but extended this season’s unbeaten home record in recording a sixth consecutive clean sheet at Old Trafford in all competitions.
The first half was decidedly more open than in some of the Reds’ recent home encounters. Victor Moses, who would later be forced off through injury, wasted a great early chance for the visitors when he ran onto Mark Noble’s through ball, after Daley Blind had been dispossessed, and found himself one-on-one with David De Gea, who superbly blocked his shot. 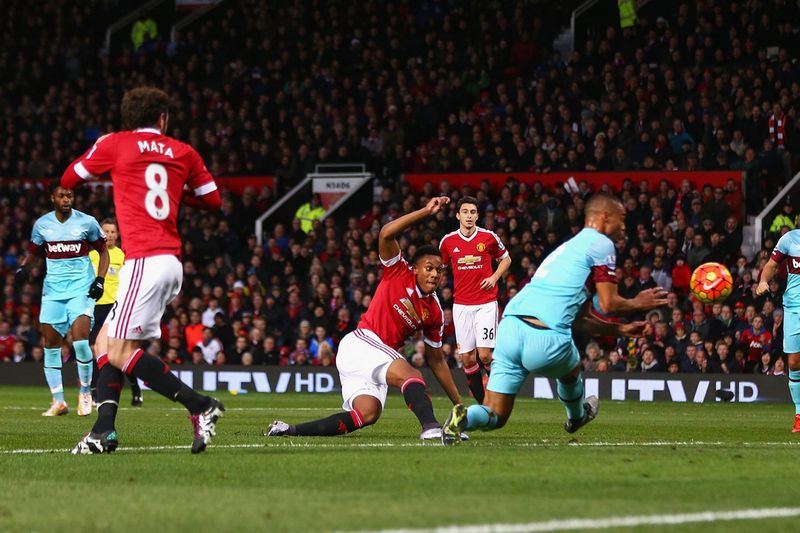 At the other end, the lively Marouane Fellaini knocked down Jesse Lingard’s cross into the path of Anthony Martial, whose shot was remarkably charged down by Winston Reid at point-blank range.
De Gea then spilled a Zarate cross and Chris Smalling’s attempted clearance struck a post and bounced away. The Hammers were showing a great willingness to attack and Reid powered a header from a corner against the same woodwork.
Referee Mark Clattenburg waved away Fellaini’s appeal for a penalty during a goalmouth scramble in which two United shots were blocked and, just before the break, Schneiderlin trudged off the field with what appeared to be an injury, to be replaced by Michael Carrick. 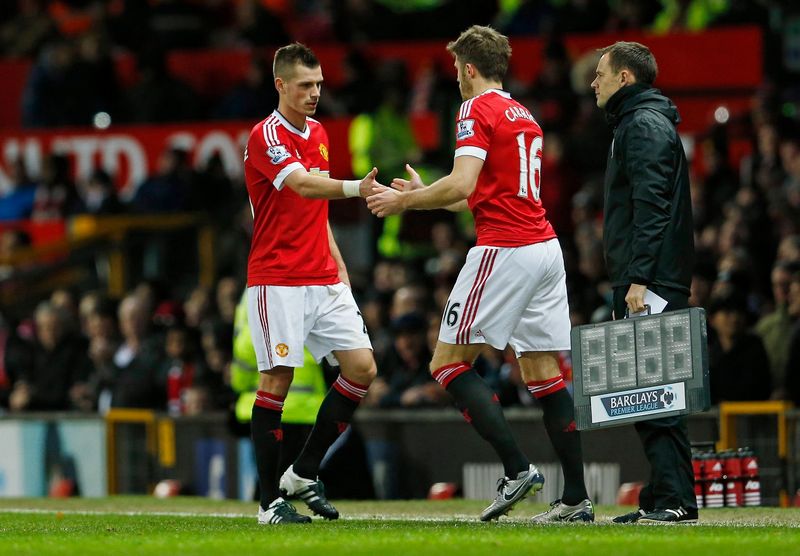 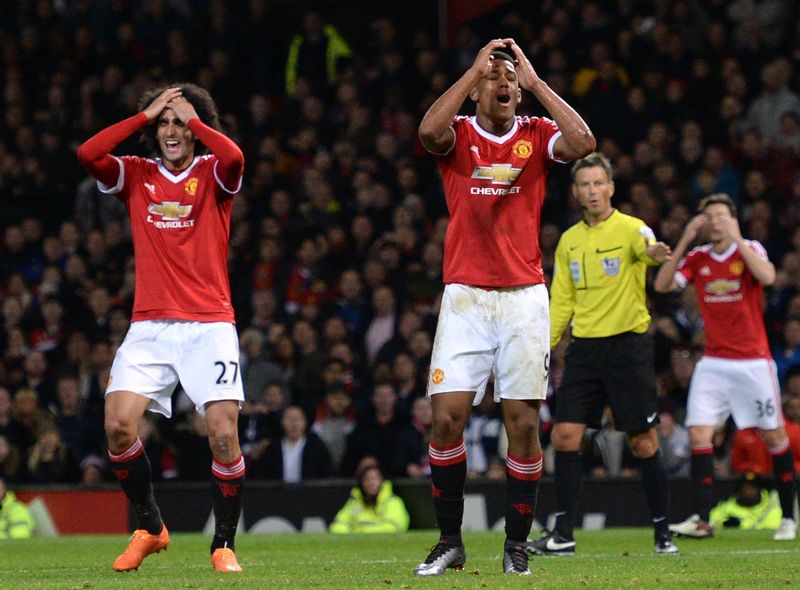 A barnstorming run by Martial and a one-two with Lingard resulted in the Frenchman squaring the ball to Fellaini, whose goalbound shot from close range was brilliantly kept out by Hammers goalkeeper Adrian.
Juan Mata was the next to go close, slicing a shot wide after neat interplay involving Fellaini, Bastian Schweinsteiger and Martial had created an opening inside the box. Minutes later, Schweinsteiger blasted just over after a loose ball had fallen to him on the edge of the area. That proved to be the German’s last action as he was replaced by Memphis Depay.
With 10 minutes to go, the Reds’ Dutch substitute embarked on a jinking run down the left and crossed to Martial, who guided a first-time shot inches wide of the far post. Lingard then smashed a half-volley inches wide after West Ham only half cleared a free-kick. 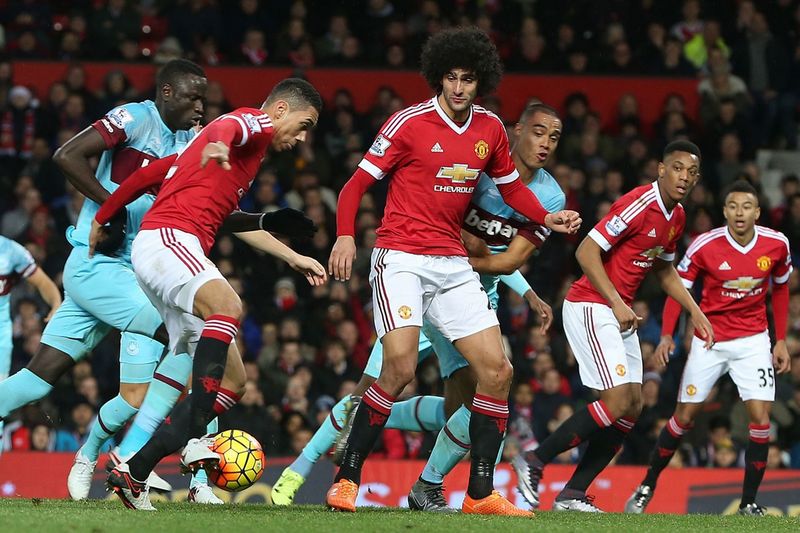 United continued to search for a winner as time ran out, with Smalling seeing a shot blocked inside the box, but the Hammers held on to claim a share of the spoils.

Van Gaal: "There was a fantastic team spirit and we were dominant. We attacked much more than our opponents but we have to finish better than we did today. It is very frustrating."

Smalling: "The fans are in their right to show their frustration and we are just as frustrated. In the changing room, everyone is down because it is an opportunity missed."

An entertaining Barclays Premier League encounter ultimately ended in frustration as #MUFC were held to a goalless draw by West Ham United.

Posted by RyanGiggs.cc on Saturday, December 5, 2015