I had heard a fair bit about Ryan Giggs before he made his Manchester United debut.

Norman Whiteside was still at Everton and we used to socialise a lot with his old team-mates at United.

Bryan Robson often mentioned how good this young boy Giggs was and when someone like Robson says someone is going to be outstanding, you take notice.

Back then, going to Old Trafford wasn't as intimidating as it is now as Alex Ferguson's side hadn't yet won the league title.

Liverpool were still the dominant force in England. We were a good team too, having been in the FA Cup final two years before, playing well under Howard Kendall.

But at Old Trafford that day, we got a glimpse of why United would become so successful. We were 1-0 up thanks to a Mike Newell goal when Giggs came on for the injured Denis Irwin.

He was wearing a No 14 shirt that was too baggy for him and just looked like a skinny kid gliding across the pitch. Even then his pace stood out straight away, even if it was an unremarkable game from a United point of view as we won 2-0, Dave Watson adding the second goal.

Giggs was the first of that brilliant generation of players to play for United, the others being David Beckham, Paul Scholes, the Neville brothers and Nicky Butt.

I played against him several times over the years after that, most notably for him I imagine when he danced past me and many others to score that incredible winner in the 1999 FA Cup semi-final.

I have always admired the way Ferguson has moved him around the pitch as he has got older and protected him.

We have seen him on the left wing, playing behind the striker, in central midfield and now mostly back out on the left again. Giggs will have been one of the first schoolboys Ferguson came across at the club and the two have been side-by-side like father and son ever since. 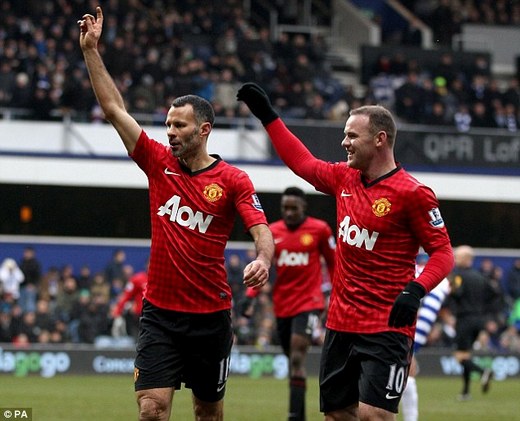 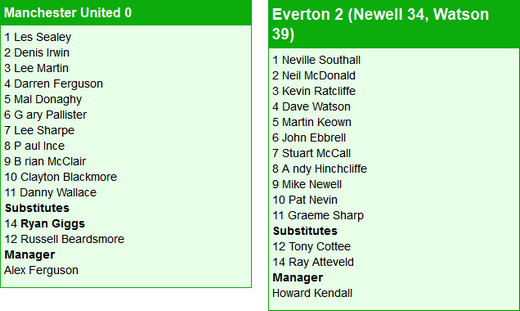 Matthews played on till he was 50, which might be a bit much for Giggs, but he has plenty of life left in him yet and is pushing for a place in the starting XI against Real Madrid in the Champions League next week.

It's so rare for one person, let alone two, to be at the same club for so long - he and Ferguson are symbols of United's era of glory. There was so much hype sur rounding him at the beginning but he has surpassed it all. 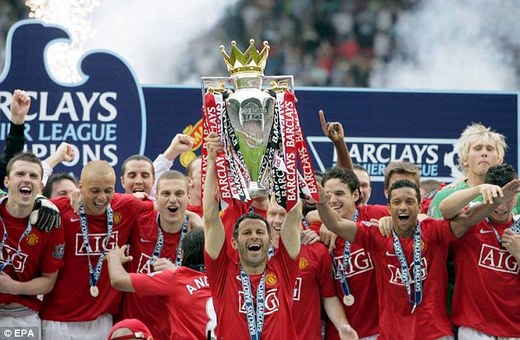 Achievements: Giggs lifts the Premier League trophy in 2008 after helping United to years of dominance

THINGS THEY SAID ABOUT RYAN...

Sir Alex Ferguson: 'I remember the first time I saw him. He was 13 and he floated across the ground like a cocker spaniel chasing a piece of silver paper in the wind.'

Alessandro Del Pierro: 'Only two players made me cry when watching football, one was Diego Maradona and the other Ryan Giggs.'

Johan Cruyff: 'Eric Cantona is a great player, but he's not as good as Ryan Giggs.'

Brian Kidd: 'His talent is God-given. He will have wonderful skill even when he's got his bus pass, because that sort of ability never deserts you.'

Ron Atkinson: 'Ryan makes you believe there is a football god.'

George Best: 'Maybe one day people will say I was another Ryan Giggs.'

Paul Scholes: 'There have been many outstanding players I've had as team-mates, but if I had to choose I'd choose Giggsy, he can do anything.'

Ferguson: 'Ryan can leave the best defenders with twisted blood.'