David Beckham breezed into Old Trafford this week for a round of carefully managed media interviews to promote Unicef’s charity game at Old Trafford next month in which he’ll manage a Great Britain and Northern Ireland team against Zinedine Zidane’s rest of the world team.

All parties wanted as much publicity as possible and it worked. The Cockney is a good frontman, happy in the media glare. In his earlier days Beckham courted it, sometimes to the annoyance of his manager but to the delight of his previously higher profile team-mates who preferred to play football rather than feature in the news pages.

In early 1996, I interviewed Ryan Giggs and as well as explaining what he’d received for Christmas (a “brilliant” Stevie Wonder CD from his auntie) and where he loved going on holiday (Near Clearwater in Florida, “I rarely get recognised”) he was clearly pleased at Beckham’s explosion in the consciousness of largely British and Irish minds. One, Beckham was improving the team he played for; two, he was taking attention from Giggs. Which the left winger was quite happy with.

Giggs is not a hermit, nor uncomfortable doing media. He comes across well; he’s witty with a dry Salford sense of humour and a nice line in self-depreciation. Cardiff born, he’s really a Salford lad who can spot a fraud a mile off. He’s a hard bastard when he needs to be, too.

Giggs, 41, knows that a dressing room with smiles is a better place and has long played his part in being a central character in United’s. He knows the limits well. As an apprentice he saw some ruthless behaviour from older players, stuff they wouldn’t get away with now.

He does very little media now. He’s learning to be a manager and realises that Louis van Gaal is the main man. He’s watching, observing and taking himself well out of his comfort zone, one which Sir Alex Ferguson installed to protect him 25 years ago. Ferguson was right to do so and Giggs was right to heed the advice. Other players thought they didn’t need protection and their careers began to dip just as soon as they thought they knew best.

One of the best things about Giggs becoming Manchester United manager for four games in 2013 was that he realised that he shouldn’t be appointed to the permanent post – at least not then.

“I learned that I wasn’t ready,” he told me last season. “In this job you need experience. Everything else wasn’t a problem - the staff, the training, the press. There were areas where I thought I’d struggle and I didn’t - like dealing with the media. What I did learn was to play your best team. It was difficult for me because I was still a player and I wanted to give everyone a chance. The first thing I said to the players was: ‘I think you're all good players and I'm going to give all of you a chance’. I was probably a little bit too loyal.”

Last summer, he took himself off to spend more time on his UEFA pro licence. 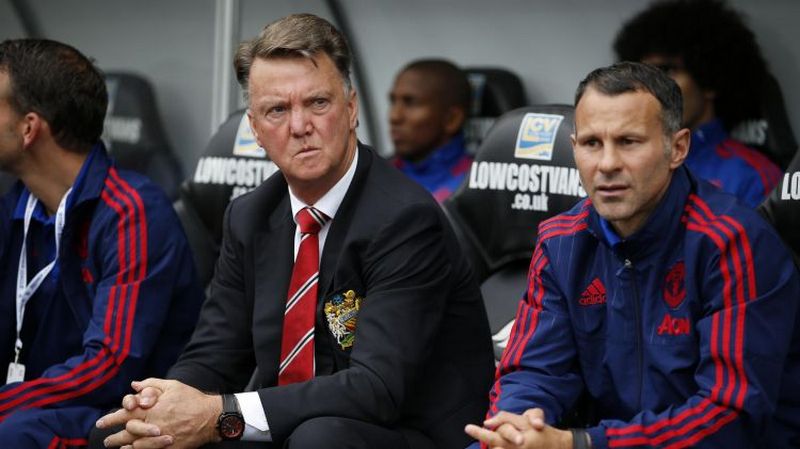 “The biggest thing was my ability to take myself out of my comfort zone,” he said when I asked him about it. “We did it at St. Georges Park and it was tough. You had different personalities there - people who'd been coaching for years like Chris Powell, Incey or Micky Mellon. Wayne Burnett, the Dagenham & Redbridge manager, was there as was Ritchie Barker who has managed three teams. They were all comfortable speaking and coaching, but less comfortable in other areas - they hadn't done a lot of press work for example. I was fine doing the press work and speaking in a group.

“I felt like I was challenging myself and it wasn't nice. In the last session we did during the World Cup, four of us were 'Ghana'. We had to prep a match against Portugal and decide how we were going to play. We did video analysis and clips. Two had to do a de-brief, two had to do a coaching session miked up and videoed with some young kids. I've not done a lot of coaching, but said I wanted to coach. I took myself out of the comfort zone. I then started setting the cones up and I was thinking 'Why I have chosen to do this bit?' I made mistakes, but I learned from them.”

Giggs is enjoying life as an assistant.

“It’s a completely different skill set and the hours are a lot longer,” he explained. “Pre-season was a lot tougher than being a player. When you play, you get a lot of rest. With coaching there's constant work, planning training, evaluating training and having meetings with the other coaches. I’m enjoying a different way of working and I’m learning all the time.”

The father of two is heavily involved in training, he prepares reports for all United’s forthcoming opponents, a job which Van Gaal once trusted to Jose Mourinho. Get that wrong and United get blitzed. Giggs presents the analysis to players in one of the many meetings they attend. 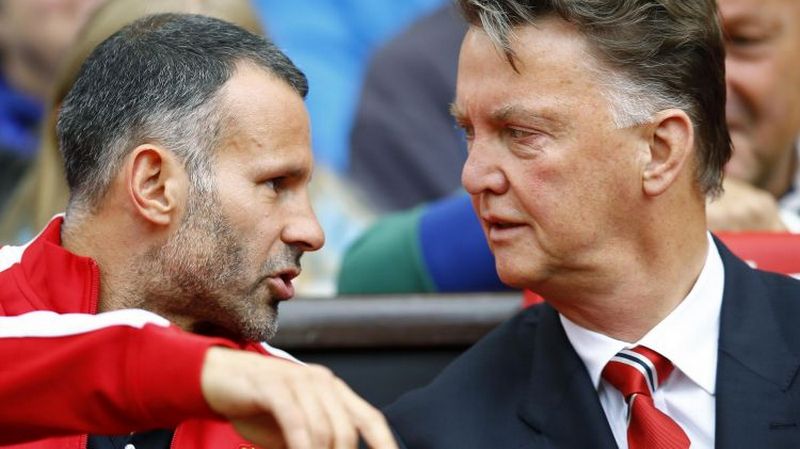 He’s still fit, thanks to three treadmill sessions at 8 am each week, yoga and weights. He also cycles eight miles to Carrington two or three times each week. Occasionally, he’ll join in training. Occasionally, he’ll show the flashes of brilliance which led to him playing far more games for Manchester United than anyone else. Usually, he’ll watch and decide who gets man of the match, an often controversial decision among the United Nations of players.

Crucially, he gets on well with Van Gaal.

“I was surprised, which I shouldn’t be, by how charismatic he was,” said Giggs of his first meeting. “From the outside you have one image of what he's like, but instantly he had a sense of humour and charisma which had me laughing after two or three minutes.”

Van Gaal is publicly reverential about Giggs. In the Dutchman’s eyes, Giggs is United’s next manager. It’s an idea which will find agreement from United fans, the idea of the club’s greatest player becoming their manager. That won’t be his decision, but you can see how he and the club are thinking.

Giggs understands Manchester United better than anyone at the club, and not just from the inside. Some of his closest lifelong mates travel home and away watching United and don’t flinch when they come to tell him their views if all’s not well. He learned under Ferguson and Moyes and he’s learning under Van Gaal. He’s in a good place.