Manchester United claimed another important three points in the race for the Barclays Premier League’s top four places, thanks to two goals from Ander Herrera and another from Wayne Rooney.
Herrera put the Reds ahead two minutes before the break with a fine finish and Rooney fired in a superb second goal from Angel Di Maria’s cross.
Christian Benteke instantly brought the visitors back into it, but Herrera sealed a fifth consecutive league victory for the Reds in injury time. 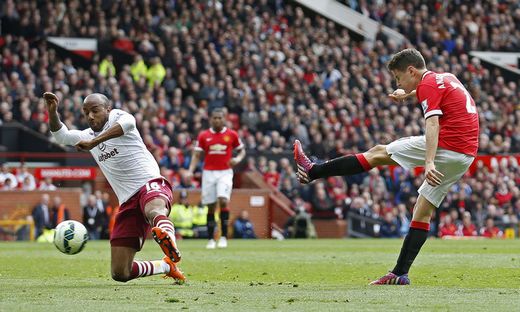 Herrera’s first strike came at an important time for Louis van Gaal’s side, who had dominated in the Easter sunshine at Old Trafford but were in danger of being frustrated by Tim Sherwood's relegation-haunted side.
The Reds had a strong penalty appeal turned down in the fifth minute, when Marouane Fellaini ran onto a long ball and cushioned it into the path of Rooney, who was set to pull the trigger when he appeared to be dragged back by Ciaran Clark, but referee Roger East was unmoved.
Villa fashioned their only real opening of the half moments later as Gabriel Agbonlahor almost found himself through on goal, but Phil Jones forced the striker wide and Antonio Valencia blocked his shot from an acute angle.
Ashley Young looked energised against his former club and the winger’s weaving run and cross was cleared as far as Juan Mata, whose left-footed shot was blocked.
Midway through the first half, Marcos Rojo let fly from 25 yards with a rasping drive that Brad Guzan tipped over, before Rooney miscued an attempted overhead kick after Valencia found him from the byline. And when Guzan comfortably held onto a low, right-footed shot from Daley Blind, it seemed the sides would go in level at the interval, but a minute later United were ahead.
Young released Blind down the left and the Dutchman pulled the ball back to Herrera, who controlled and fired a neat left-footed shot into the far corner. In the final action of the half, Rooney’s stab towards goal was blocked and then Rojo couldn’t get enough purchase on his header, which Guzan gratefully clutched.
Villa should perhaps have equalised four minutes in the second half as Andreas Weimann scurried past Valencia inside the box and pulled the ball back to a well-placed Benteke, but the burly striker made a hash of his shot. Young then came within a whisker of doubling the hosts’ lead, cutting inside from the left and curling a right-footed shot inches wide of the far post.
On the hour mark, Fellaini met Valencia’s cross to direct a close-range header downwards, but Guzan clawed the ball over as it bounced up at him. By this time, the tempo of the game had slowed and, perhaps with that in mind, van Gaal introduced Di Maria in place of Young with 20 minutes left. 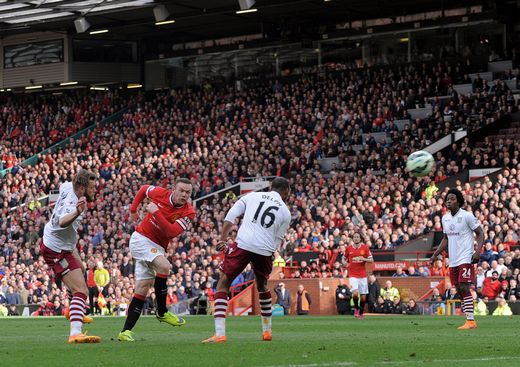 Radamel Falcao also came on soon after but it was Di Maria, United’s leading assist-maker this season, who set up the second goal, as his cross from the left allowed Rooney to control, swivel and delightfully arrow a shot into the top left-hand corner. It was the captain’s fourth goal in his last four home games and ninth in his last seven Old Trafford appearances against Villa. 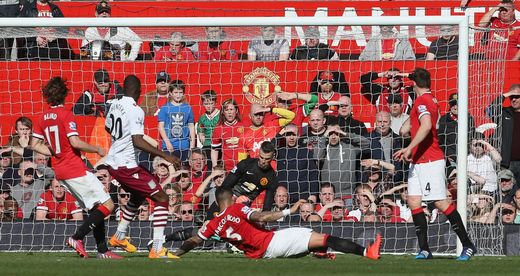 It seemed the game was over but, almost instantly, Villa gave themselves hope when Benteke’s first-time shot from a right-wing corner squirmed under David De Gea, who had been a virtual spectator until that point. But Tim Sherwood’s side couldn’t create another opening and it was Herrera who finally killed the contest with his second goal in stoppage time, sidefooting Mata’s cross beyond a static Guzan. 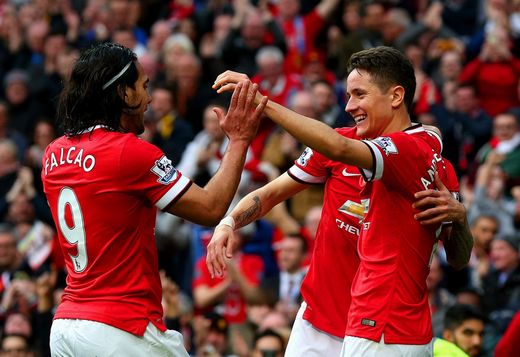 #MUFC claimed a fifth straight Barclays Premier League victory with a 3-1 triumph over Aston Villa at Old Trafford on...