Who has more skill - football or rugby players?

It's an age old question that has prompted years of pub debate, with most sitting on the fence and saying rugby players with a ball in their hands and footballers with the ball at their feet.

But Foxy Bingo have now gone out of their way to try and end the row with a new video that pits six of the best against each other. 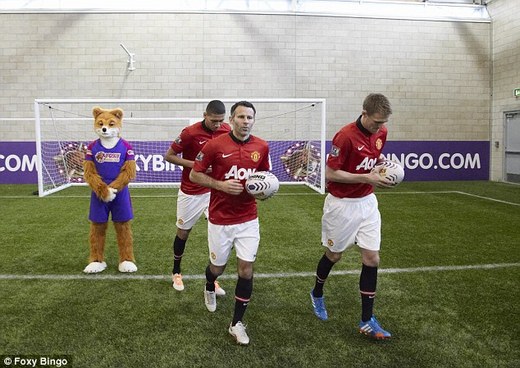 Attempting to hit the cross bar from two distances, 10 and 20 yards, the Super League stars were given footballs and Manchester United players rugby balls.

It was a good start for the footballers, with Ryan Giggs hitting the bar with his first attempt. However the Leeds duo hit back with both Sinfield and Bailey both on target.

As the players moved back 10 yards Bailey and Sinfield were again dead-eyed, hitting the target again. Darren Fletcher and Chris Smalling managed to grab two back but it was the Super League stars who eventually won 4-3.  Debate over.