Manchester United is delighted to announce that, after triggering the buy-out clause in his contract on Tuesday, it has signed Spanish midfielder Ander Herrera from Athletic Club in Bilbao, pending the receipt of the International Transfer Certificate. He joins on a four-year contract, with an option to extend for a further year.

Ryan Giggs on Herrera signing: "We believe he's one of the brightest young prospects in Spain. I'm certain he'll be a big hit."

Manchester United assistant manager Ryan Giggs said: "Ander is a fantastic young player, with great energy and creativity. We believe him to be one of the brightest young prospects in Spain and I am certain he will be a big hit with the United fans. I’m delighted he has made the decision to come to Manchester and play his part in the club’s future. I’m looking forward to seeing him in action on our summer tour to America.” 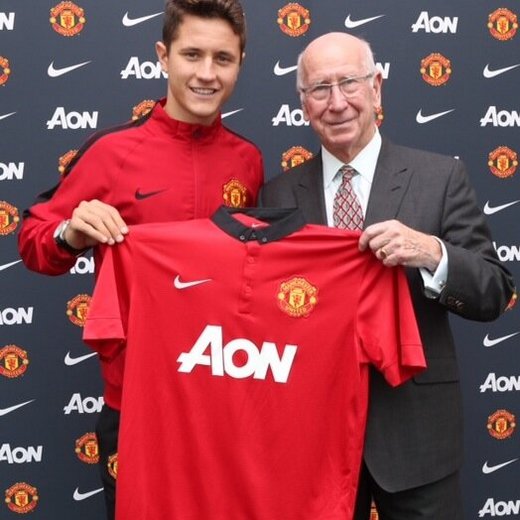 Ander Herrera said: "Signing for Manchester United is a dream come true. I have played at Old Trafford for Athletic Club in the UEFA Europa League and it was one of the highlights of my career so far. I have joined United to do all I can to help the team reach the club's objectives. Having arrived on Tuesday, I’m excited to now be living in Manchester and I can’t wait for my first game in United’s famous red shirt. I will never forget my time with Athletic Club and I’d like to thank the fans and staff for all their support and, above all, wish all my fantastic former team-mates all the best for the future."