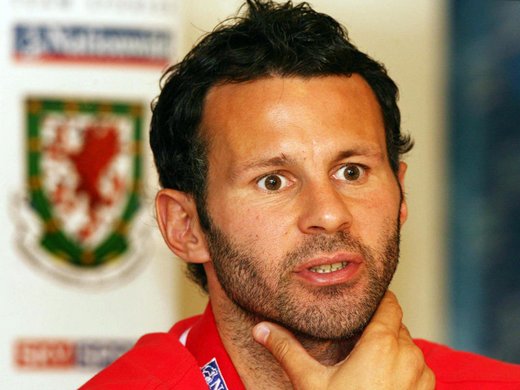 Ryan Giggs has ruled out any possibility of making a Wales return, as a player or coach, against England this month.

Rumours had surfaced the Manchester United veteran could be lured out of international retirement by new manager Gary Speed ahead of the eagerly-anticipated Euro 2012 qualifier at the Millennium Stadium on March 26th.

But while the 37-year-old, capped 64 times for Wales, is keen to help Speed in some way before the match, he insists he will not be involved in a playing or coaching role.

Giggs said: "I'm down there anyway with my family so I will probably go to speak to him.

"I don't think I will get involved in coaching but I spoke to Gary and he said if there was any help I could give...

"I played with Gary and I want what he wants - a successful Welsh team.

"I won't be doing anything with a ball but I will probably go down a couple of days before."

When pressed on whether he would play the midfielder, who stepped down from the international stage in 2007, added: "I won't be taking my boots, no."

Giggs retired from international football to concentrate on his United career, where he is still a regular feature in Sir Alex Ferguson's first-team, even in his 20th season with the club.

The veteran has served just one master during his two decades at Old Trafford, and feels, when the club's hierarchy eventually meet to appoint a successor for Ferguson, they face a daunting task.

"It is a massive challenge," said Giggs. "We are talking about the most successful manager ever.

"He is constantly evolving, trying to get the age of the team right, so that will help the next manager.

"Also, you normally take over when a team is struggling but hopefully this team will be in good shape.

"It's not impossible but it is going to be tough."

Despite his misgivings over Ferguson's eventual replacement, Giggs expects the manager to go on a lot longer than him at Old Trafford.

"I just can't see the gaffer leaving in the near future," he added.

"It wouldn't surprise me if he carried on for another four or five years because his desire is still there.

"He will be around a lot longer than me."