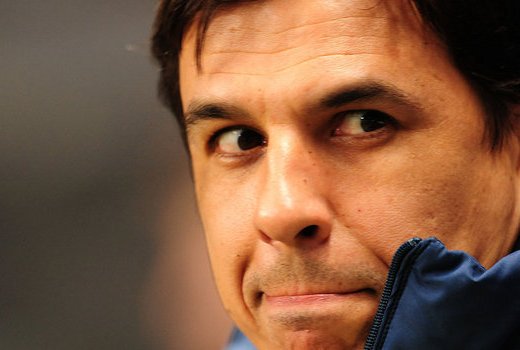 Former Fulham and Coventry manager Chris Coleman has been officially appointed as the new coach of the Wales national side.

The 41-year-old succeeds his former international team-mate Gary Speed, who tragically passed away in November 2011.

The Football Association of Wales refused to be rushed into a decision regarding a new boss, but they have now turned to Coleman.

With a 2014 World Cup qualification campaign looming large on the horizon, it is important for stability to be returned to the camp.

Wales are expected to go well on the road to Brazil, with Speed having turned their fortunes around during his short reign.

Coleman is hoping to build on those foundations and admits he is honoured to have been charged with the task of taking the team forward - even if he would rather have taken the job under different circumstances.

"This is the proudest moment of my career, to be given the opportunity to lead my country, but I have been given that opportunity because of circumstances that nobody could have foreseen," he told Sky Sports News HD.

"It is bittersweet for me, of course it is. It's a difficult experience for me but I am very proud to be given the opportunity and very sad because of the situation we all find ourselves in."

On the team he has taken over, Coleman said: "They have won four of their last five games and it's about the philosophy and the style of play. It has been refreshing and we've enjoyed it.

"Whoever was the next manager of Wales, it was also going to be difficult, and it's even more difficult for me because of my relationship with Gary. I am excited but I am a little bit subdued because of the circumstances.

"I know it's not going to be easy, it never is, but it's something I am prepared for and if I didn't think I could affect the situation, I wouldn't have taken the job."

Coleman, who has also coached in Spain and Greece, has made it clear that he does not intend to use the Wales post as a stepping stone back into club management.

"I'm still learning and I see myself in it for the long-term," he said.

"I'm not here for the experience, I want to progress and get better. When your country comes along and ask you to take charge, I think it is a calling and it's not something you should turn down. I am very proud that I will now be leading the charge.

"I won't be using this as a vehicle to put myself somewhere else, I'm doing it because it's my country and I will give everything I have got."

Coleman has also vowed to stick to the approach adopted by Speed, something he hopes will ease the concerns of certain members of the squad and the wider Welsh public.

He said: "I have spoken with two or three or four of the senior boys. I understand where some of them are coming from because if it isn't broke, you don't fix it.

"I would be a fool to come in here and rip everything up and start again, that's not what it needs. I have no intention of doing that. I love the philosophy of play."