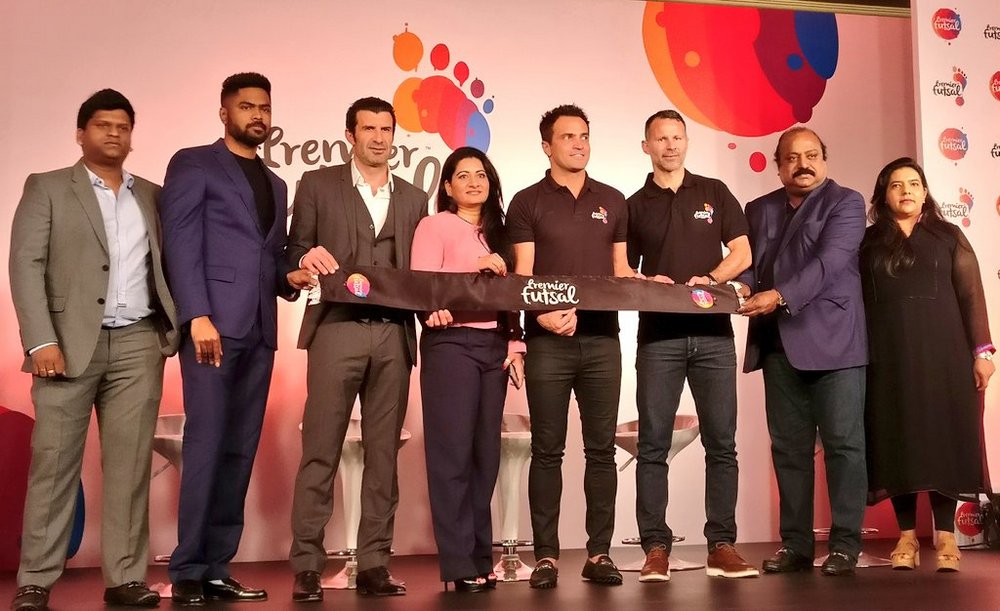 Ryan Giggs and Luis Fuigo said that the U-17 World Cup is a big step in developing the game in India.

Football legends Luis Figo and Ryan Giggs on Thursday said that the U-17 FIFA World Cup will put India on the global map and could help in building a strong national team.

“I think hosting U-17 World Cup will raise the profile of the sport here. People who have not seen football live can now see the best players in the world, the best countries in the world competing. It can give the whole country a lift, it generates so much exposure. Definitely the experience will help (in building a strong national team),” Manchester United legend Giggs said.

Giggs was accompanied by legendary Portuguese playmaker Luis Figo for the launch of second season of Premier Futsal in the capital.

Figo, who is the president of Premier Futsal, agreed with Giggs’ views.

“To develop the sport, you need infrastructure, good coaches and competition and then it will be much easier to achieve quality.”

Figo, who was a key member of the famed Real Madrid Galacticos, added, “We are promoting the sport (futsal) in India and in doing that I think we are not only helping FIFA but the sport in general.

“We are creating some modules to increase participation, to increase the interest and creating a base for the future. We hope to create more opportunities for youngsters to achieve what India does not have right now.”

On the role of futsal in developing football in India, Giggs, veteran of more than 900 appearances for the club, added, “Tactically, physically it will help and also it will be more accessible – you don’t need a big field, you don’t need 22 players, you only need 10 players and a small piece of land… so that might help develop it quicker. (As in football) same things apply (in futsal) – team work, learning individual skills and also the physical aspects of the game.”

Asked if he would be interested in entering football administration in the future, Figo said, “Anything is possible.”

When asked about the lack of support to futsal from the All India Football Federation, Figo said they will continue to work on their own but will always welcome AIFF if they are willing to join them.