Ryan Giggs will finally play in an international tournament 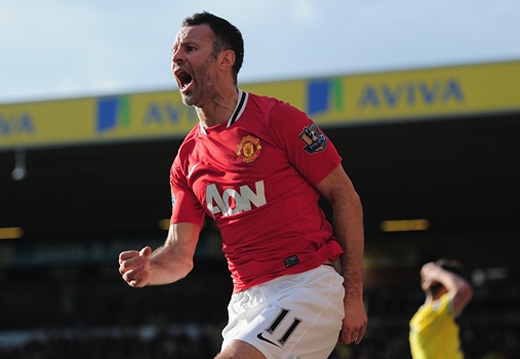 It seems to a particularly British curse. George Best’s affliction extended beyond the bottles and the blondes to the fact that he was born in Belfast, while Cliff Jones was forced to settle for being better known as one of the original wing wizards rather than showcasing his talents on the grandest stage.

Unless something changes dramatically, Gareth Bale will follow in the footsteps of Johnny Giles, Ian Rush, and Liam Brady; all robbed of the chance to play at a major international tournament by virtue of being born in football’s backwaters.

Overseas, George Weah, David Ginola and Eric Cantona know how it feels to have not represented their countries at an international tournament while the story of Alfredo di Stefano’s astonishing exclusion is the most tragic of all - the original Galactico was barred from playing at the World Cup in 1950 and 1954 because of administrative red tape.

It may not be a World Cup, it may follow on the heels of one of the finest European Championships for some time, leading to unfavourable comparisons after a gorging on the beautiful game for the last 12 months, but at last, Ryan Giggs will take to the field in an international tournament after it was revealed he would play for Team GB at this summer's Olympic games.

It is unsurprising the most of the coverage surrounding the leaked squad-list for Pearce’s 18-man squad focused on the exclusion of David Beckham.

The omission of Beckham is no doubt the more newsworthy angle but there is something rewarding about Giggs’ inclusion – here is a man routinely heralded as one of the finest the British game has produced yet he has never been afforded the opportunity to show what he can do on the world stage – now Britain has finally given back to the man who has given so much himself.

His inclusion, in the context of Beckham’s absence of course raises a few questions. Is Giggs truly one of the finest three over 23 players in Great Britain? Not certainly, but his performances and longevity across last season and prior to that mean he was always in line for a call up, and the fact he continues to ply his trade in one of the major European leagues moves him out of the danger zone that ultimately accounted for Beckham’s exclusion.

Since his Sports Personality of the Year award it has been fashionable to watch on in awe as the Welshman’s career Indian summer continued even if last season he couldn't quite reach the standard of years gone by.

His last-gasp goal that rescued three points against Norwich in February seemingly embodied United and their never-say-die resolve, a testament to their relentless charge to the top. Unfortunately for it was an arm wrestle with Manchester City they would ultimately lose.

The procession towards retirement continues unabated. He passed 900 games for Manchester United, a landmark Sir Alex Ferguson believes will never be surpassed. Twenty seasons he has now competed in the Premier League, in each of which he has scored at least once.

Manchester United have already moved to block any other players from their stable from appearing at the Olympics; Javier Hernandez has been told to rest after two years of non-stop action while Shinji Kagawa has been granted some time off, away from Japan’s Olympic team in order to prepare himself for his new career at Old Trafford.

But even as one of their more physically fragile players there would be no denying Giggs the opportunity to finally round off the most immaculate of CV’s.

Much of the build up to the Olympics has been dominated by largely negative stories and viewed through a veil of pessimism by this land of glass-half-empty inhabitants. Slow ticket sales and failing ticket systems, budgetary worries and a legacy that appears muddled at best may dominate the news, it is refreshing to see someone fully deserving of a chance to strut their stuff be given the chance to do just that.

It may not be the World Cup or European Championship appearance he longs for but will never get the shot at, but with Giggs in the autumn of his carreer an appearance in the Olympics close to the nearest thing he has to home will surely do.