Ryan Giggs: Why winning gold would make up for missing out on major tournament football 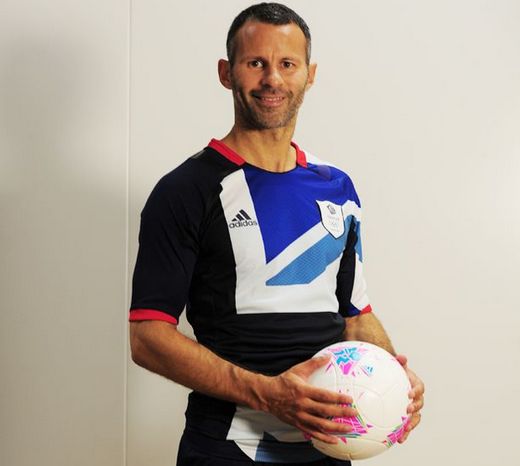 Ryan Giggs claims playing in the Olympics will banish the biggest regret of his illustrious career.

The most successful player in the history of ­English football admits that winning gold would top even his incredible list of achievements.

Giggs will captain Team GB during the Olympics and will lead out Stuart Pearce’s team for the first time on Friday night for a high-profile warm-up game against Brazil.

Despite the fact that the 38-year-old has won 12 Premier League titles, two Champions Leagues, four FA Cups and four League Cups, Giggs is ­desperate to finally play in a major tournament.

Giggs retired from international football in 2007 with 64 caps for Wales, having never played in a European Championship or World Cup finals.

Asked where an Olympic medal would rank among all the medals he has won with United, Giggs replied: “Right at the top. Up there, I don’t like to prioritise medals because every single one means something special.

“Of course, this would be different because you never thought you’d be competing in an Olympics, so to win a gold medal would be special.

“Not playing in a major tournament would have been a missing piece in my career, had I not had this chance, no doubt. My career for my ­country has been the total opposite to my club career – I’ve been so successful with United but not so with Wales.

“I would always watch the other lads, especially those I grew up with, Becks, Butty, Nev, Scholesy, go away to international tournaments and I would wish that I could do the same.

“Unfortunately, I never got the chance. But now I’ve got the chance and even in the first few days ­together I’ve seen things that I haven’t seen in my career. It’s been an eye-opener and really enjoyable as well.

“The closest I came to playing in a major tournament for Wales was probably the very first campaign I was part of really – we were only a goal away from qualifying for the World Cup in USA.

“We missed a penalty in the final game against Romania, and, if we’d beaten them that night, we would have gone to the World Cup.

“Then, 10 years later under Mark Hughes, we had a play-off against Russia to qualify for the Euros, and we lost out again. In my 16-year career with Wales I never qualified for a major tournament.

“I was only 19 the first time we came close with Wales, and I think you do believe that it will come again for you in the future.

“That happened before with United; we’d lost the League to Leeds in ’92, but you always think you’ll get more chances, and I did.

“I had a similar feeling with Wales. We had a good set-up and decent players in Mark Hughes, Dean Saunders, Neville Southall and Kevin Ratcliffe.

“We had a really ­decent team, but it wasn’t meant to be.”

Ferguson told the FA that Giggs was United’s only over-23 player they could pick for the Olympics and Pearce selected the midfielder ahead of former Old Trafford hero David Beckham.

“Sir Alex played a big part in my participation,” said Giggs. “Right from the start, he was keen for me to be involved and he’s backed me ever since really.

“He’s been good and he ­recognises that maybe a tournament could add to what already is a pretty good career.

“He’s been supportive all the way through my ­career, since I was 13 through to today.”