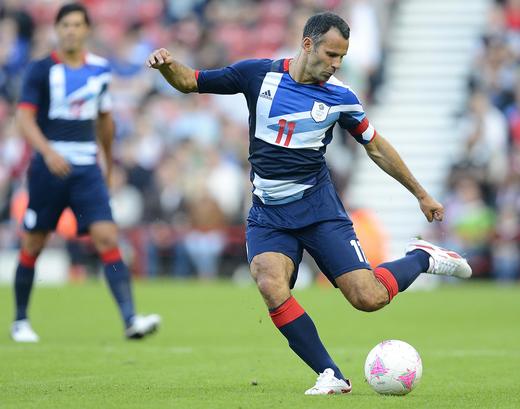 Bradley Wiggins scaled the grand heights of the Pyrenees on his way to becoming Britain's first ever Tour de France winner - but has he climbed above our other great sporting heros to become Britain's best ever athlete?

His 3500km achievement along the roads of rural France ended in glorious triumph along the most famous boulevard in Paris - a fitting finish to one of the most physically and mentally exhausting marathon events on the planet.

But the enormity of Wiggins' achievements are not limited to French tarmac, for this superhuman athlete has conquered the track as well. Six Olympic medals - including three golds - places him alongside the greats of British sports and among the world's most accomplished Olympians.

The likes of Dame Kelly Holmes, Sir Chris Hoy and Sir Steve Redgrave have fresh company, and how long before we hear, "Arise, Sir Bradley Wiggins"? But how does he stack up against Britain's other heroes, past and present?

Comparisons across sports are difficult, perhaps even impossible, to conduct with any degree of certainty. How do you compare the longevity of Ryan Giggs - with more than 900 appearances for the world's most famous club - with the rippling endurance of a Bradley Wiggins Tour de France victory.

Who is to say the masterful dominance of snooker enjoyed by Stephen Henry - a World Champion a record seven times - is any more or less impressive or took any less skill than Bobby Moore's World Cup-winning crusade five decades ago.

Britain hasn't produced the world's best player - in football, at least - since Manchester United's George Best won the Ballon d'Or in 1968. But in any case, an argument can reasonably be made for Ryan Giggs or Bobby Moore, as much as Best, when you consider the contenders for Britain's most accomplished sportsman.

Giggs has more than 900 appearances to his name at Manchester United - a remarkable 20-year career encompassing the entire Premier League era. In an exclusive GMF poll, Giggs came out on top as Britain's greatest sportsman. Among such fierce competition including Wiggins, Moore, Holmes and Jonny Wilkinson, more than half of fans picked the Manchester United midfielder.

Supporters recognise continued excellence and such consistency at the very highest level of sport - Manchester United have been perennial Champions League contenders throughout his career - merits his inclusion in the conversation.

In a team sport, Giggs has triumphed to an unprecedented degree. In similar fashion, Bobby Moore, as captain of England's sole World Cup victory, joins the debate by virtue of the uniqueness of his achievement.

Aside from being a fantastic player, Moore succeeded where countless others - including Steven Gerrard, David Beckham, Bryan Robson, and Peter Shilton failed - he lifted the World Cup, and on home soil.

Reaching the pinnacle of world football as captain of England is an unmatched achievement. And as football is these island's most popular sport - by some distance - Moore is rightly considered as one of the greatest athletes from these shores. From the thousands, perhaps millions, of young footballers who dream of lifting the World Cup, only Moore has succeeded - that alone makes him one of the greatest.

Away from football, England's rugby World Cup victory in 2003 made a sporting hero of Jonny Wilkinson, propelling him into the national spotlight.

The drama of the last-minute drop goal, the against-all-odds attitude of the England pack, and the prospect of beating the Aussies Down Under all converged to catapult Wilkinson into the conversation as one of Britain's greatest ever once that extra-time drop goal had sailed through the posts.

The fact that he held record points totals, was a fantastic ambassador for the sport, and competed with a ferocious intensity helped endear him to fans and commentators alike.

In the Olympic arena - widely considered the sporting pinnacle - Kelly Holmes double Olympic track and field gold ranks as one of the most memorable. Sir Steve Redgrave's five gold medals in the lake, Sir Chris Hoy's three golds on the track, Daley Thompson's decathlon gold, and Linford Christie in the 100m - each of these achievements place their competitor among the nation's greatest athletes.

Few would argue with him. Next Sunday, just one week on from the highlight of his career, Wiggins will compete in the Olympic road race, before taking to his specialist event, the time trial, three days later.

The man's appetite for elite competition is insatiable, and when he competes, he inevitably wins. The mark of a true champion, and worthy of a place among Britain's greatest ever athletes.

But who do you consider to be Britain's greatest sportsman? Leave your comment below...