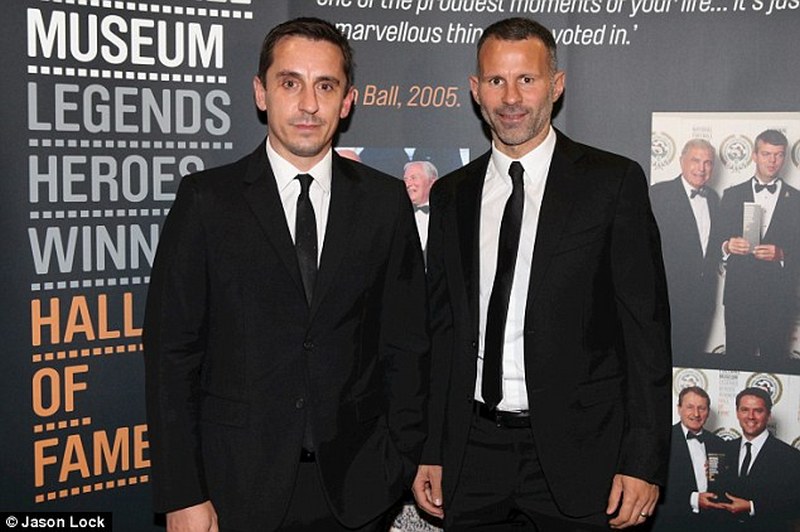 Former Manchester United duo Gary Neville and Ryan Giggs were honoured on Wednesday night in a special ceremony that saw them inducted into the National Football Museum Hall of Fame.

The pair both enjoyed glittering careers at Old Trafford and they took their place in the Hall of Fame at an event in Manchester.

The National Football Museum is located in Manchester and is a six-floor complex for football lovers with everything from World War One exhibitions to Match of the Day commentary challenges. 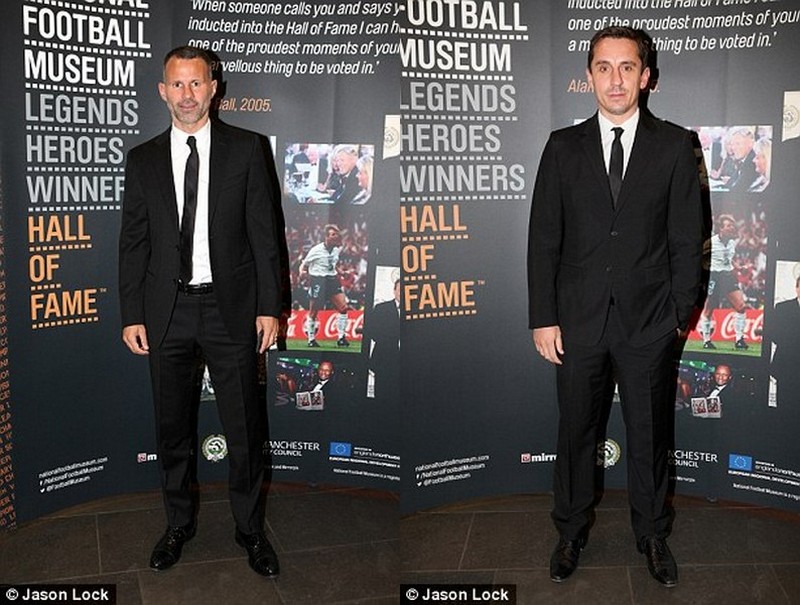 #MUFC legends @GNev2 & @RyanGiggs_cc enter the #NFMHallOfFame! 'Delighted & privileged to be amongst such greats.' pic.twitter.com/qygdwd4664

According to the official website, the Hall of Fame 'aims to celebrate and highlight the achievements of the all-time top talents to grace the game in England'.

Giggs and Neville were joined by Norman Hunter, Stuart Pearce and Faye White among others in the class of 2015 to be inducted.

The Hall of Fame already comprises ex-England internationals such as Michael Owen and Ian Wright.

The Welsh winger and English defender enjoyed much success together with Manchester United and they celebrated a special night with each other on Wednesday.

Giggs won the Premier League an extraordinary 13 times while Neville was a domestic champion on eight occasions.

The pair also both won the Champions League with Manchester United twice - in both 1999 and 2008.

They have now gone their separate ways with Giggs currently serving as assistant manager to Louis van Gaal at Manchester United while Neville works as a pundit for Sky Sports.