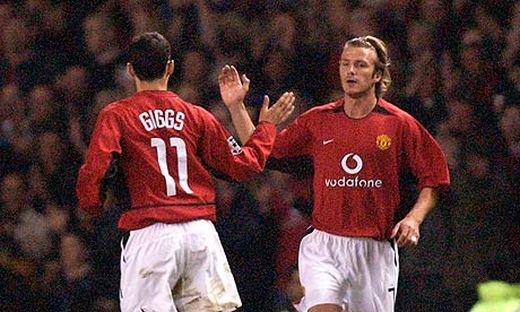 Ryan Giggs and David Beckham are among 184 of 191 players contacted by the Football Association who have indicated they wish to be considered for the British men's team at the London 2012 Olympics.

Only seven of the 191 players written to by the FA last month have ruled themselves out. They are from across the home nations, including at least one Englishman, and from a spread of clubs.

It is understood Giggs and Beckham, who could both be included as over-age players, have signalled their intention to be considered.

The British Olympic Association's communications director, Darryl Seibel, said: "This is an outstanding response and it confirms what we have believed all along, which is there is widespread interest among players in competing for Team GB at the London 2012 Games. Clearly, the players recognise just how special this opportunity is."

Players who wanted to be in the Team GB player pool, from which Stuart Pearce will pick his squad, did not need to provide a written response to the FA. However, a large percentage of the 184 players did contact the FA to confirm they wanted to be considered.