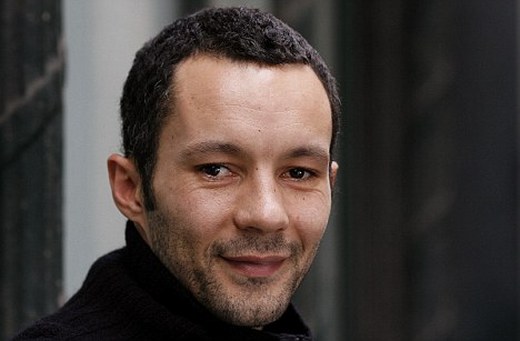 But the man who says he knows him best remembers when he used to rile the footballer by cheering on their deadly rivals, Liverpool.

Younger brother Rhodri explains: ‘We were typical brothers growing up. I even became a Liverpool fan just to wind Ryan up. He loved United and idolised Mark Hughes and Bryan Robson, so I went for Liverpool and John Barnes.

‘I was a trophy-hunter really because Liverpool won everything in those days. I kept it quiet at school because there weren’t too many Liverpool fans in Pendlebury [Salford] but round the house, I let Ryan know which club was the most successful.

‘It changed the moment Ryan signed YTS at United. It was a case of blood being thicker than anything else. I became a United fan and went to all the games, home and away.

‘The best time was the 1999 Treble season. I’ll always remember the FA Cup semi-final at Villa Park in particular, when Ryan scored his famous goal against Arsenal and waved his shirt about to celebrate.

‘I was the first person on the pitch at the final whistle. A steward tried to grab me but I gave him a little sidestep. I went straight to Ryan on the pitch and jumped on his back in delight.

But I didn’t realise he’d been crunched by Lee Dixon in the game and was in agony. He shouted, “Get off, my leg is killing me!” You can see it happening on a video they did of the Treble season.

‘It was a fantastic time. I’d grown up as a kid seeing legends like Robson and Hughes. And now my own brother has surpassed them and more. It’s mind-boggling when I stop to think about it.’

It is not just close family and the football community who are in awe of Ryan’s achievement — MPs officially congratulated the 37-year-old this week on 20 years at the top with United. A parliamentary motion pronounced him a ‘role model for young footballers everywhere’ and highlighted his ‘sportsmanship and fair play’.

While his older brother was setting out on a career that would see him finally break Sir Bobby Charlton’s appearance record, Rhodri was not so fortunate.

The two were Cardiff-born just over three years apart and moved to the North-West as young boys when their father, Danny Wilson, signed for Swinton rugby league team.

But when Danny walked out on the family, Sir Alex Ferguson became a father-like figure in Ryan’s life, while Rhodri was left with nobody to help him through troubled times in his teens and twenties, culminating in him being jailed in 2001 for assault.

Rhodri also had a less than stellar playing career at Torquay and Livingston but retains an involvement in the game as part-time manager of Salford City in the Evo-Stik First Division North — work he fits in around his 50-hour-a-week job as a van driver.

And, despite the financial pressures of a club surviving on average gates of 150, Rhodri is enjoying every moment of it and draws from the man who helped shape his big brother’s career.
Rhodri adds: ‘I don’t think people realise how good Sir Alex is at man-management. All they see is the screaming, moaning, whingeing Scot after an interview.

‘But there is a certain way he treats his players that has class written all over it. He is a very intelligent man. You would never hear something like a .22 rifle being shot at Carrington [United’s training ground].

‘Ferguson has been really good for Ryan.’

Rhodri accepts that the relationship with his brother suffered as single-minded Ryan was developing his career, but that is all in the past.

He adds: ‘I do dream of being in the same dugout as Ryan one day. I could be his assistant manager or he could be mine. He could carry my bottles! But it would be fantastic to work with someone who has gained so much experience in the game.’