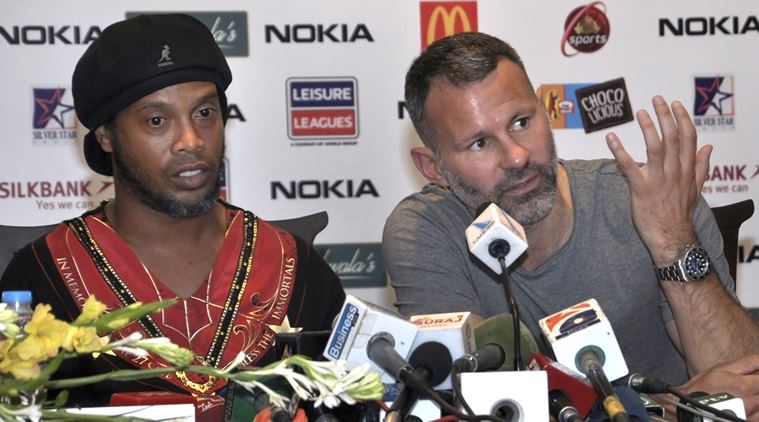 Former Manchester United legend Ryan Giggs, part of the Mumbai team that won the inaugural Premier Futsal, is looking to defend the title when its second edition begins tomorrow.

“Last year was phenomenal. All the fan support we received made it possible to win the inaugural season of Premier Futsal. It’s amazing to see the growing popularity of the game of Futsal in India and I look forward to defending our title this year,” Giggs, the captain of Krystal Mumbai Warriors, said.

The season two begins tomorrow with a match between the Mumbai side and Ronaldinho’s Delhi Dragons.

“Futsal brings back very warm memories from my childhood and it feels wonderful to be back in India amongst such a passionate fans. I look forward to competing against some of the best futsallers and my friends from across the world,” said Delhi Dragons captain Ronaldinho.

The franchise-based league will be played across Mumbai and Bengaluru, with the semi-finals and finals set to be played in the UAE at the world class indoor stadium Dubai Sports City.