Neil Taylor: My Ambition Was To Play Alongside Giggs 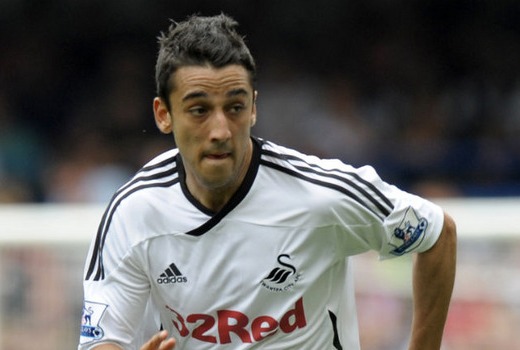 Neil Taylor is thrilled to be playing in the same team as Welsh legend Ryan Giggs after being picked for the Great Britain Olympic squad.

The Swansea City left back talked about his career has developed so rapidly over the last couple of years, from playing in the Conferencewith Wrexham to playing Premier League and international football with the Swans and Wales respectively.

Taylor is delighted to get the opportunity to play alongside Ryan Giggs when the Olympic Games begins on Wednesday 25th July.

'It's an ambition for... every Welshman [to play with Giggs],'

'It will be great for him to be involved in a tournament like that and be around a squad of players that's different to Man Utd and what he's done with Wales.'

Taylor also added that he is honoured to be picked:

'There are a lot of good, young defenders in the Premier League, so it's a great honour for me.

'It's also great recognition for the club to have three representatives in the squad because it shows how far we've come.

'For me personally, it wasn't too long ago that I was playing my football in the Conference.

'Less than three years on I've represented my country, played in the Premier League and now I'm on my way to the Olympics. To say it's gone really well would be an understatement of the biggest order.'

Taylor's rapid career rise from non-league to Premier League Football has been incredibly impressive to say the least and he looks like he has already made the Swansea City left back spot his own following a consistent debut season in the top flight division.