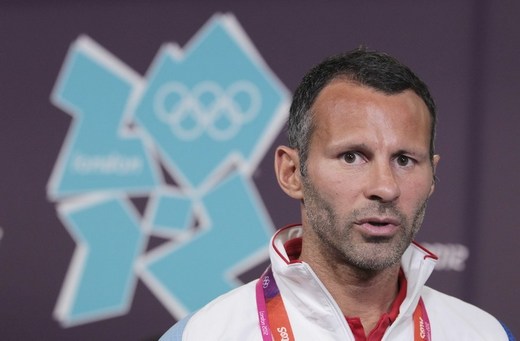 SI.com's writers will preview each event from the 2012 Summer Olympics in London. Here, Grant Wahl looks ahead to men's Olympic soccer.

Neymar, Brazil: The 20-year-old South American player of the year is the most popular soccer player in Brazil, where fans are desperately hoping he leads their proud nation back to glory when they host the World Cup in 2014. But the Olympic tournament is also more important to Brazil than to most established soccer countries because Brazil has somehow never won the gold medal. On paper, this Brazil team should end that drought with a star-studded squad that includes Hulk, Thiago Silva, Marcelo, Sandro, Alexandre Pato, Lucas Moura and Paulo Henrique Ganso. But the star of stars is Neymar. Can he handle the pressure and bring home a title?

Ryan Giggs, Great Britain: It was a surprise when David Beckham wasn't picked for Team GB, but getting to see Giggs, the 38-year-old Manchester United legend, in his first international tournament makes up for it. Because Giggs played for lowly Wales as a senior international, he never qualified for a Euro or World Cup, but Britain competes as a united team in the Olympics, combining England, Wales, Scotland and Northern Ireland. Enter Giggs, the most honored player in English soccer with 12 Premier League titles, four FA Cups, two Champions League medals and more than 900 games played for United since his debut in 1991. Oh, and his opening game vs. Senegal will be at Old Trafford.

Juan Mata, Spain: Two of the four players who scored for Spain in the Euro 2012 final against Italy are in the Spanish Olympic squad: left back Jordi Alba and Mata, the ever-dangerous attacking threat who had an excellent debut campaign for Chelsea last season. As with Brazil, Spain has brought an impressive squad that includes Mata, Alba, Javi Martínez, Iker Muniain, Tello, Oriol Romeu and David De Gea. But all eyes will be on Mata, along with Martínez the only World Cup winners in the Olympic tournament.

Luis Suárez, Uruguay: Two-time defending Olympic champion Argentina didn't even qualify for London 2012, and the big reason is the astonishing rise of Uruguay, the little country that could in world soccer. Suárez is part of a golden generation of Uruguayan senior players that has now reached the 2010 World Cup semifinals and won the 2011 Copa América to become the undisputed best team in South America. Uruguay means business here, too, which is why Suárez and Edinson Cavani (the Olympic tournament's top front line) have been called up as two of the three players born before Jan. 1, 1989, that each team is allowed. Even better, the most underrated coach in world soccer, Óscar Tabárez, has doubled up to coach the Olympic team in addition to Uruguay's senior national team. If you're looking for a sleeper to win the tournament, these are your guys.

Giovani Dos Santos, Mexico: Now that Mexico has won two Under-17 world titles and gone deep into the Under-20 World Cup, we should no longer be surprised that El Tri is considered a threat to win a tournament like the Olympics. The Mexican squad has some real talents in Marco Fabián, Oribe Peralta and Carlos Salcido, but the most recognizable one is Tottenham Hotspur's Dos Santos, the only player on the team who's based outside of Mexico. Dos Santos has a tendency to play better for his national team than for Spurs (which has loaned him out repeatedly), but an Olympics in Great Britain is a perfect opportunity for Dos Santos to show English fans what he can do. At his best, he is a menace going forward.

None. The U.S. men didn't qualify.

Mexico-South Korea (NBCSN, 9:30 a.m. ET, July 26): The most popular soccer team in the U.S. (that's Mexico) has its toughest group-stage game in its opener.

Great Britain-Uruguay (NBCSN, 2:45 p.m. ET, Aug. 1): The host's last group game is a tricky one, but there will be plenty of star power on the field in Ryan Giggs, Craig Bellamy, Luis Suárez and Edinson Cavani.

Brazil-Spain (potential gold medal game, NBCSN, 10 a.m. ET, Aug. 11): The final is hardly set in stone, but Brazil and Spain have the most talented squads in the Olympics, and the dream Brazil-Spain matchup that we've missed at the senior level in recent years would be embraced by neutrals everywhere.

Honduras. The U.S. blew its chance to qualify for the Olympics, leaving Honduras to grab the second bid from CONCACAF. If you're looking for an inspirational underdog, you couldn't do much better than La H, which has a tough group in Spain, Japan and Morocco. There are also some familiar faces to MLS fans here, including D.C. United's Andy Najar and Kansas City's Roger Espinoza.