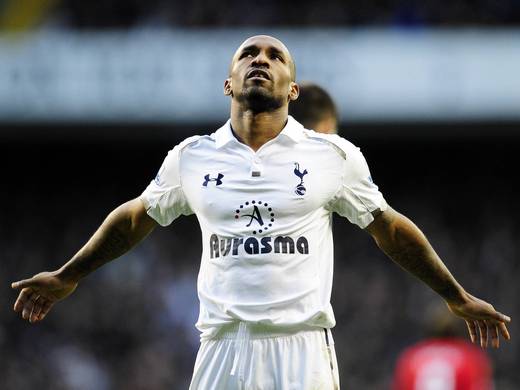 Jermain Defoe believes Ryan Giggs' longevity has broken all the stereotypes for how long a top-flight career can last.

At 30, Defoe is nine years younger than Giggs, who has just signed a new contract at Manchester United that will take him beyond his 40th birthday.

Although Kevin Phillips will be even older than the Welshman should he remain on Crystal Palace's ride into the Premier League, it is Giggs, with his 13 league titles, who remains the example for others to follow.

Speaking on behalf of England Official Supporter and sponsor William Hill, Defoe said: "It has changed.

"Years ago people used to say 'when you get to 30 you only have a couple more years'. But with all the sports science and the recovery work you can play for a lot longer.

"Look at Ryan Giggs. It is unbelievable how he is still playing well at the top level. If you look after yourself it is not a problem."

Like Giggs, Defoe has taken a personal approach to his fitness.

For the United man, yoga was the key to maintaining the suppleness he needed to be effective.

As a striker, Defoe has different needs.

He has addressed them through regular close-season visits to veteran French fitness expert Tiberius Darau, who pushed the forward to a level he thought was impossible.

"I have never trained so hard in my life," said Defoe.

"After a few days I remember thinking 'I don't know if I can do this'.

"It was really intense. I did a lot of gym work on my legs. A lot of power activity. Everything was related to how I play.

"Every time I questioned it internally, I looked at the bigger picture.

"I knew when I went back to my club I would be sharper than ever. When I came back I felt unbelievable.

"I have always looked after myself. I don't drink. I try to eat the right things. It makes a big difference."

It is probably why Defoe has such a positive mindset.

After all, like most of his England team-mates, he has ploughed his way through an arduous campaign, and after a long season, a trip to Brazil for Sunday's friendly against the World Cup hosts may not hold much appeal.

Defoe cannot understand that argument at all.

"If you can't get up for playing for England you shouldn't be playing football," he said.

"Pulling on the shirt, walking down the tunnel, singing the national anthem. It is the best feeling in the world.

By next March, Defoe's international career will stretch back a full decade, during which time he has amassed over half a century of caps.

It is a pretty decent return by any standards.

But Defoe does not regard the job as being done.

"I came into the game quite early, making my debut at West Ham when I was 17," he said.

"Even at that stage people were talking about me, saying I could go on to be special and score goals for club and country.

"You have to live up to that. You have to work hard. You can't take your foot off the gas at any stage."

It is certainly not what Defoe is intending to do on Sunday, when he hopes to face Brazil in the Maracana Stadium for a glamour friendly intended as an important part of Roy Hodgson's World Cup preparation.

"It is an unbelievable fixture," said Defoe.

"Brazil are a great football nation. If you look at their history, the players they have produced and World Cups they have won, it is a team you want to play against.

"I remember playing against Brazil for England Schoolboys at Wembley when I was 15.

"Even then it was such a special day. Now at senior level, it will be fantastic."