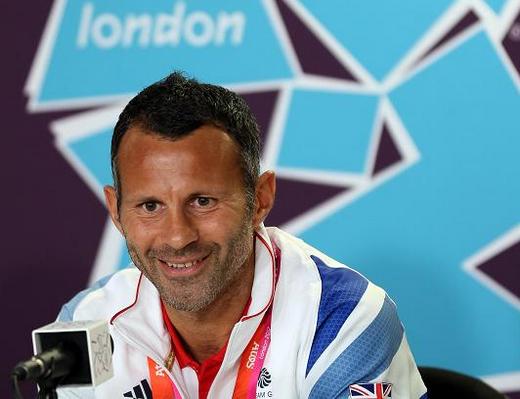 RYAN GIGGS hopes having Team GB in the Olympic football this summer will inspire future participation.

The Manchester United veteran, 38, has missed out on international tournament football with his country Wales having failed to get out of World Cup and European Championship qualifying during a 64-cap career.

But while he is captain of the Team GB side heading into London 2012, Giggs knows it could well be a one-off given the lack of interest from some of the football associations involved.

Only English and Welsh players feature in coach Stuart Pearce's squad, who face Senegal, Uruguay and the United Arab Emirates in the group stage.

Giggs hopes a successful campaign from the first British side since 1960 could prompt more Olympic teams from these shores.

He said: "I didn’t manage to get to a major tournament with Wales — we’ weren’t good enough in the teams I played in.

"I missed out on that but late in my career I’ve been given the chance to play in a tournament and I want to do as best as I can.

"I hope other players can experience this in future Olympics.

"We want to set the standard, do well and capture the imagination hopefully for teams to follow."

Giggs has been backed up by fellow Welshman and over-age player Craig Bellamy, 33, who says the buzz of turning out in an Olympics will be a career highlight whatever the result.

The Liverpool striker said: "I feel very proud, I really do. I’m very grateful for the opportunity — what a thing to be able to look back on.

"Whatever happens, if we go out in the group, it will be a really positive experience in my life.

"It’s not just something I'm cherishing now but something I will cherish for years to come. I feel very very proud."