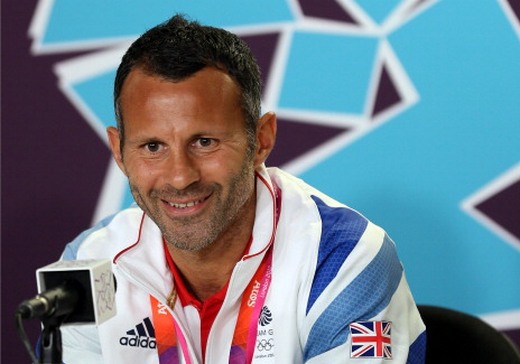 Manchester United great Ryan Giggs said Tuesday an Olympic gold would rank among the best moments of his career as he prepares to play his first international tournament at the age of 38.

The Welsh winger will captain the Great Britain team when they return to Olympic competition after a gap of 52 years, starting with their match against Senegal at his United home ground of Old Trafford on Thursday.

"It would be up there, definitely. I don't like to prioritise any trophies or medals because they are all good feelings, it's always a challenge no matter what you have won before," Giggs said.

"This is a big challenge because of the quality that is there in the tournament."

He added: "Obviously I'm looking forward to it. I've enjoyed every bit of the preparation so far. To be involved in a tournament at this point in my career is something I am excited about."

"As a footballer you don't start off thinking you'd like to win a gold medal in the Olympics, you set out to win leagues and cups and European cups and hopefully we'll get the chance to go a long way."

Giggs said it would be an unusual sensation to play at Old Trafford for a team other than United, for whom he has been a mainstay for nearly 15 years.

"It will be strange but I have done it once before, when Wales played England here," he said.

"It was strange that day because we were in the away dressing-room but fortunately we are in the home dressing-room this time. It will be different for me."