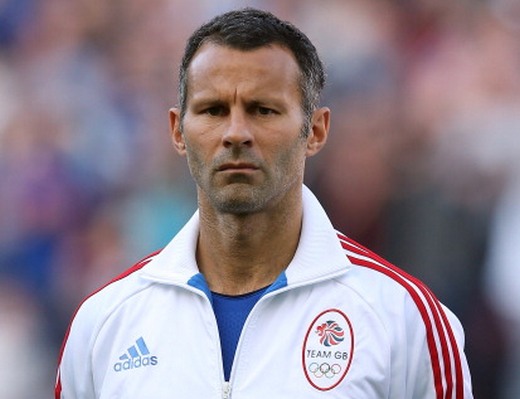 Team GB skipper Ryan Giggs says that he cannot wait for the Olympics to get underway, as he readies himself to take part in the first international tournament of his career.

The Manchester United legend will lead the side out against Senegal in the team's opening game at Old Trafford on Thursday evening, his home ground for the entirety of his 21-year club career.

The Welshman, who made 64 appearances for his country, has never progressed to a major finals with the Red Dragons  - coming closest in 1993 when Romania piped the Welsh to USA '94 - and Giggs is looking forward to experiencing something he never has before.

"My career for my country has obviously been the total opposite to my club career, I've been so successful with United but not so with Wales," Giggs told TheFA.com. "I would always watch the other lads, especially those ones I grew up with, Becks, Butty, Nev, Scholesy, go away on international tournaments and I would wish that I could do the same.

"Unfortunately, I never got the chance, but now I've got the chance and even in the first few weeks together here, I've seen things that I haven't seen in my career before. It's been an eye opener, and really enjoyable as well."

Giggs also says that there will be something special in representing all of Great Britain.

"It's [playing in the Olympics] not something you think of as a footballer. The game has been played at the Olympics, but there hasn't been a Great Britain team for a long, long time. As a Welshman, you don't think you'll get into the Olympics really.

"To be there representing Great Britain as captain is going to be something special."

The midfielder's current Manchester United teammates are embarking on their preseason tour, and the 38-year-old says that manager Sir Alex Ferguson was a key figure in his decision to take part in Great Britain's squad.

"Right from the start, he was keen for me to be involved and he's backed me ever since really," he added.

"He's been good and he recognizes that maybe a tournament could add to what already is a pretty good career. He's been supportive all the way through my career, since I was 13 through to today."