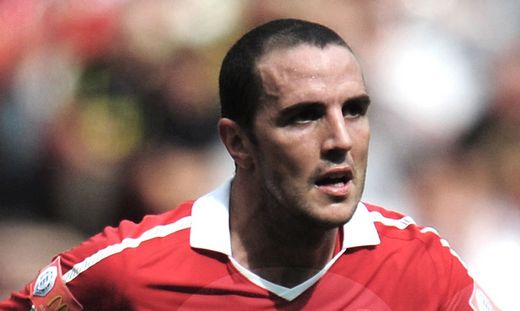 Almost two decades on from his United debut, the veteran midfielder broke yet another record on Tuesday night against Chelsea when he came off the bench to equal Sir Bobby Charlton’s total of 606 league appearances for the club.

Unfortunately, the Welshman wasn’t able to prevent the Reds from losing out at Stamford Bridge, but O’Shea knows Giggs’ experience will prove crucial over the coming few weeks.

And he’s tipping the 37-year-old to play his part in a few more title races yet.

“Every cliché in the book has been used about the man already and I’m sure they will be said many times again. He’s an absolute legend,” O’Shea told ManUtd.com.

“You’ve seen how the manager has build squads and teams over the years and Giggsy has been a vital part of every single one of them.

"When you think of the greats, someone like Paolo Maldini springs to mind and his time with AC Milan, but I think you could say Giggsy has almost gone past him; the speed and the balance he still shows to go past whether it be an old, experienced defender or a new up and coming young, strong defender is incredible.

“His physical shape hasn’t changed since I’ve known him and he looks after himself so well. Depending on injuries he could easily carry on although I’m sure he just wants to take it one season at a time.

"He’s enjoying his football so much at the minute so I can’t see why he couldn't [continue until he’s 40], but I’ll let him decide on that.”

John was talking to ManUtd.com, PA Sport and Magic 1152.