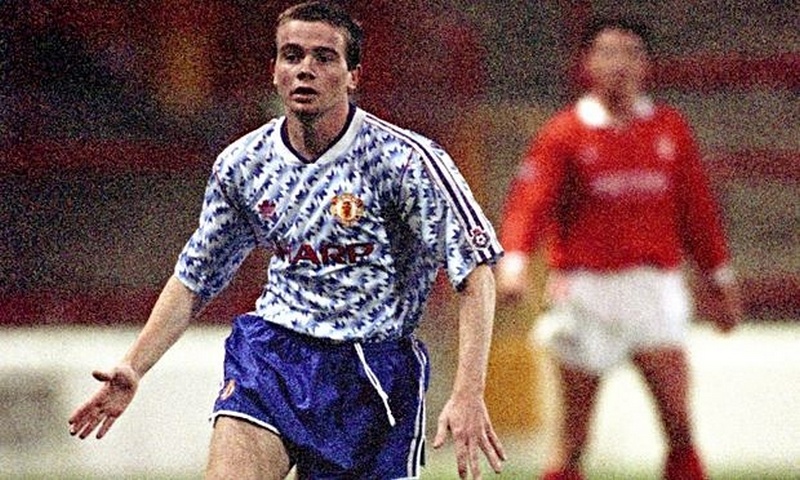 The Wales international has revealed that the former Manchester United youngster, who died at the age of 26, was one of the Scot's favourite young players at Old Trafford

Doherty came through the ranks at Old Trafford but saw his seemingly inevitable path to stardom disrupted when he suffered a serious knee injury.

Team-mates have attested that Doherty was pacey, skilful winger, with some even said to claim that he was better than Giggs. Previous reports have claimed that scouts "said he could catch pigeons" such was his speed.

And the Welshman has now revealed that the youngster - who devastatingly died at the age of 26 after falling into a canal in Amsterdam, where he had moved to work - was the apple of Ferguson's eye.

“For the manager, he was the ideal player. The manager loved fast, attacking players, especially wingers. He used to b****ck me regularly, but he never used to give Doc a b****cking — partly because he was very good at managing people and knowing what made them tick, but mainly because Doc did the right things every time, whereas I would end up learning the hard way," he told Oliver Kay for his new book, Forever Young.

"Doc just didn’t upset the manager. Being the type of player he was, a winger who was unpredictable and took risks, you would expect him to lose the ball from time to time, but honestly he would lose it very rarely. He was a freak. He was incredible.”

Giggs says that Doherty, while a brilliantly gifted talent, was preoccupied by other artistic pursuits away from football, such as playing music and writing poetry.

However, the Welshman insists that, once he was on the pitch, nobody could stop the Northern Irishman.

"I had never seen anything like him before,” he added. "You would look at him the first couple of times in the changing room and think, ‘Well, he can’t play ...’, because Doc didn’t really look like a footballer if you know what I mean.

"He was unorthodox in the way he dressed and the way he acted. He wasn’t like the rest of us. He played the guitar, he loved his music and he was obsessed with Bob Dylan. As a 16-year-old, I didn’t have a clue who Bob Dylan was.

“But once he was out on the pitch, he was incredible. He was the quickest I had ever seen and he was so brave as well. He was an incredible talent. Incredible.”