Former Manchester United footballers Gary Neville and Ryan Giggs have teamed up with a pair of Far East investors on a new major development.

Singaporean property investor Rowsley has spent £40m to secure a 75 per cent stake in St Michael’s, a regeneration scheme being developed by Mr Neville and Mr Giggs in central Manchester.

China’s Beijing Construction Engineering Group meanwhile has taken a 21 per cent stake in the mixed-use project.

St Michael’s will be developed as a joint venture between the two investors, with Mr Neville and Mr Giggs each retaining a 2 per cent stake.

The development, located near Manchester’s Deansgate and Chinatown districts, has an estimated development value of £200m.

It will include retail, office, luxury hotel space as well as residential units.

Rowsley has also acquired a 75 per cent stake in Mr Neville and Mr Giggs’ Hotel Football development (pictured) for £30m.

Hotel Football, which opened in March, has a 185-seat football-themed café, a rooftop football pitch, conference rooms and is home to the Old Trafford Supporters’ Club.

As part of the Hotel Football deal, Rowsley has also acquired a 75 per cent stake in east London restaurant Café Football and management company GG Collections. 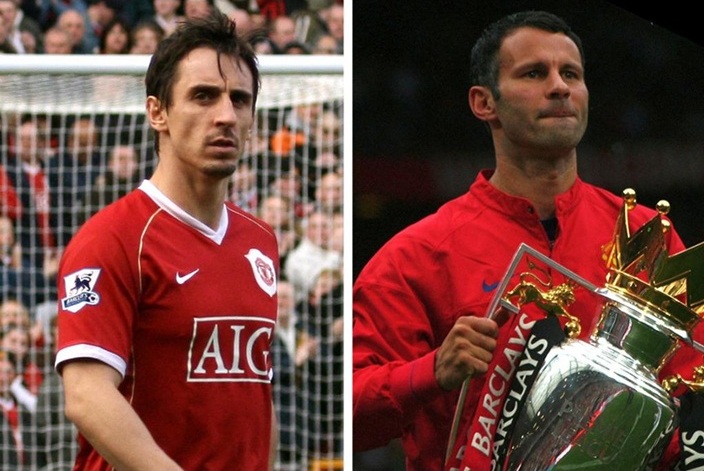 Rowsley chief executive Lock Wai Han said the deal will be the “first among others that will pave the way” for its entry into the UK real estate and hotel management business.

He added: “It will expand our investments in Manchester beyond the St Michael’s development project.

“Our strategy is to develop and acquire good hotels in choice locations, and to allow shareholders to participate in long-term capital appreciation and recurrent income through hotel earnings.

“In hotel management, we aim to build a globally recognised brand through management contracts with the group’s hotels as well as those outside the group.

“Hotel Football has been very well received since it opened for business in March and we look forward to building on its early success.”

Mr Neville said: “When we dreamt of building Hotel Football, we knew exactly what we wanted it to be: a unique place where like-minded individuals could gather and Old Trafford Supporters Club was part of that vision.

“However, we also knew that we would need a restructure within the company in order to facilitate the growth in our hospitality and leisure interests.”

Mr Giggs said: “Our vision will not change, the supporters are paramount and it is important to stress that the OTSC will continue to operate and run as it has, where fans from all over can continue to congregate before and after the match and enjoy their love of the game.”