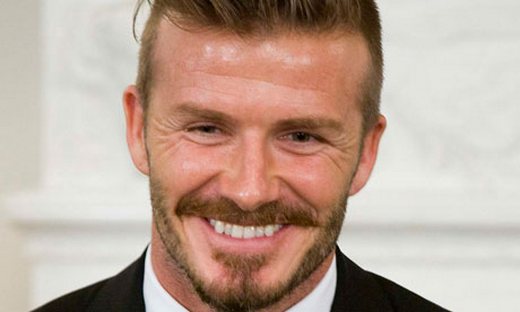 Now relieved of one of the three hats he was wearing before the appointment of Hodgson, and without an Under-21 international to worry about until the autumn, Stuart Pearce can concentrate exclusively on honing his British squad of 18 for the Olympics.

The squad, comprising 15 under-23 players and three over-age picks, can be first named as a 35-strong long list and the final lineup of 18 does not officially have to be filed with Fifa until 6 July. But the Football Association has previously indicated that Pearce might name a provisional squad before the end of the month, now that the Euro 2012 squad has been unveiled.

It would make sense to wait until at least 29 May, when it will be clear whether Hodgson has called up any of the players on his standby list. If he does not, Daniel Sturridge appears a shoo-in for Pearce. Liverpool's Jordan Henderson, another on the standby list, would also be a credible option despite an indifferent first season at Anfield.

For Sturridge in particular it may appear a poor consolation prize but, depending on the progress of each side and how the summer pans out, it may turn out that starting as a first-choice central striker for Team GB does more for his game than sitting on the bench in Poland and Ukraine.

Just as Hodgson's choices potentially rule in Sturridge and Henderson – who Pearce obviously knows well from his Under-21 squads – so they also rule out Daniel Welbeck, Alex Oxlade-Chamberlain and Phil Jones. Oxlade-Chamberlain, in particular, had been pencilled in by many as the sort of player who might benefit from playing in the Olympics, but he will now spend his summer in Krakow, Donetsk and Kiev instead.

Another Arsenal player, Jack Wilshere, is an intriguing case. Arsène Wenger has already made clear his displeasure at the idea of the player making his comeback from the injury that ruled him out of Hodgson's thinking at the Olympics. But Pearce has refused to rule it out, saying only that he will continue to monitor the rehabilitation of a player who but for the long-term injury that has ruined his season would surely have been at the heart of Hodgson's midfield.

Under pressure from club managers fearful that their players would be burned out by a busy summer, the FA confirmed that no players would be picked for both tournaments. Nevertheless, Pearce still faces an uphill battle with clubs reluctant to lose players just before the beginning of the season.

The Olympic men's football final at Wembley takes place the day before the Charity Shield and many clubs will be away on globe-trotting pre-season tours when the tournament takes place. That will apply in particular to the three over-age players that Pearce can pick and about whom there has already been intense speculation. David Beckham appears increasingly assured of one of the three over-age slots and, given Sir Alex Ferguson has given his blessing, Ryan Giggs of another.

That would leave one berth free and now it has been confirmed that Joe Cole will not be going to Poland and Ukraine – despite a bizarre flurry of Twitter rumours to the contrary on Tuesday night – he may be in contention for it. Pearce has already been to France to watch him play for Lille.

Pearce has insisted his squad will be based only on "form and fitness", but he is under huge promotional and political pressure. Organisers are desperate for Beckham to make the cut in order to help shift the remaining 1.4m football tickets and, having gone through the laborious and contentious process of forcing the hand of the other three home nations over the Team GB squad, it would be odd if at least one player from each did not make the final squad. Wales look likely to be well represented – Gareth Bale appears an obvious choice, and could be joined by Aaron Ramsey and Giggs.

The announcement of Hodgson's squad clears some of the fog for Pearce as he mulls his options. But there is plenty still left to ponder for a man for whom the Olympics is now the prime focus of his summer.