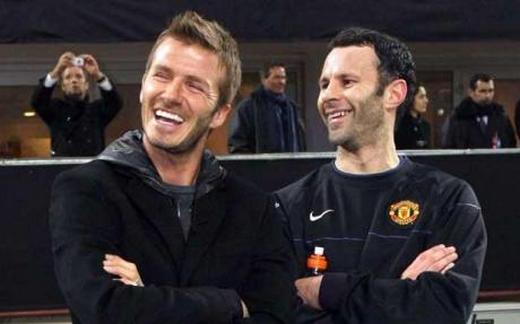 DAVID BECKHAM has paid tribute to Ryan Giggs’ extraordinary 20-year career and admits part of him is envious at his big mate’s success.

“It takes a special person and a player to be at a club for so many years, particularly one as big as Manchester United,” said Beckham.

“I’d have liked to have remained at United myself for my whole career and never gone anywhere else, but it just wasn’t meant to be.

“But I’m just so honoured to have played with Ryan for the years I did and to say I know him well as a person and a player.

“He deserves the success he has had this year and in the other years too.”