Coleman: Bale is something special since Giggs 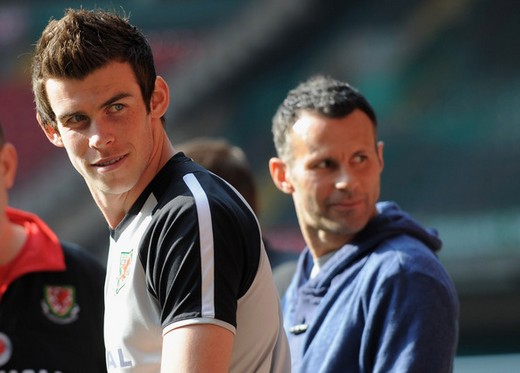 Wales manager Chris Coleman looks for his first win in charge tonight hoping thoroughbred Gareth Bale produces the sort of form that can help his side win the race for FIFA World Cup™ qualification.

Wales face a Bosnia-Herzegovina squad including Manchester City's Edin Dzeko and Stoke's Asmir Begovic in Llanelli in their final tune-up before the business of FIFA World Cup™ qualifying gets under way against Belgium next month.

If Wales are to advance and reach a first major finals since 1958, then Tottenham Hotspur winger Bale, 23, will be a key figure. The Spurs man has won the last two Wales Player of the Year awards and his sparkling form was an integral part of the run of four wins in five games at the end of Gary Speed's reign.

He has had a difficult summer with back and hamstring problems ruling him out of Olympic contention, but he recovered to play for Spurs while the Games were still ongoing, leading to criticism of the former Southampton man.

But Coleman is well aware of just how vital Bale is to his side, and compared his influence to that of Ryan Giggs during his own playing days. "He is a magnificent player, you don't see players have their breath taken away very often but in training he did two or three things that were unbelievable.

"Giggs had that, when we came away with Wales he had so much ability that we would just start laughing because he would do something ridiculous, on another level.

"It is the same with Gareth, you know you are in the presence of something special. You look at how he is built, he is 6ft 1in, he is a racehorse, but he has amazing ability as well and he is a special player, a great player."

After a miserable run of poor qualifying campaigns since narrowly missing out on reaching UEFA EURO 2004, the quality of a squad including the likes of Bale, Aaron Ramsey, Craig Bellamy and new Liverpool signing Joe Allen promises much this time round.

And Coleman hopes a good result at Parc-y-Scarlets, and a positive start to the qualifying effort, will bring supporters back to the national side in their droves and see the side eventually return to playing at the Millennium Stadium. He said: "The quicker we start and the better we do in the first three or four games, then we can try and bring the Welsh public back.

"Ideally we will be playing at the Millennium Stadium in front of packed houses again sooner rather than later. That's what we want to get back to, but we only get back to that if we are successful, and we know that."