Beckham out, Giggs in 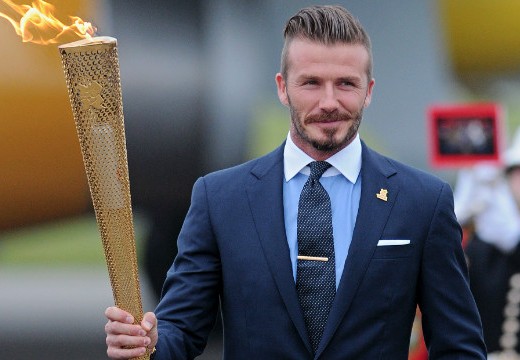 David Beckham's Olympic dream is over after the soccer star revealed he has not been included in the British squad for the forthcoming Games in his home city of London.

Coach Stuart Pearce has left the Los Angeles Galaxy midfielder out of his squad for the 16-team football competition, rejecting the chance to include the 37-year-old midfielder as one of his three players over the age of 23.

"Everyone knows how much playing for my country has always meant to me, so I would have been honored to have been part of this unique Team GB squad," Beckham said in a statement released via his representatives.

"Naturally I am very disappointed but there will be no bigger supporter of the team than me and like everyone, I will be hoping they can win the gold."

Beckham was part of Sebastian Coe's team which convinced the International Olympic Committee to grant London the right to host the Games for a third time in 2005.

The former Manchester United and Real Madrid player was on a provisional 35-man list for the British squad, but Beckham insists he is still looking forward to the Olympics, which get underway on July 27, despite the snub.

"As a Londoner I was really proud to have played a small part in bringing the Olympics to my home town as part of Seb's team," he said.

"I can't wait for the Games to begin and enjoy every moment along with the rest of Great Britain."

Reports in the British media have suggested Beckham's Welsh former United teammate Ryan Giggs has been selected as one of Pearce's three over-age players, along with Liverpool's Craig Bellamy and Micah Richards of Manchester City.

The choice of Giggs, a midfielder, right-back Richards and forward Bellamy would provide Pearce would cover in all areas of his squad.

Beckham has not played international football since coming on as a substitute during England's 3-0 win over Belarus in 2009.

His omission provoked surprise on social-networking site Twitter as well as criticism for Pearce, with former Premier League midfielder Robbie Savage, who played with Beckham in United's youth team, labelling the GB coach as "clueless".

Former England striker Gary Lineker added: "There are arguments for and against DB selection. What i don't understand though, is why string him along by including him in a short list?

"On another note... Will be brilliant to see Ryan Giggs finally have the opportunity to play in a major tournament."

Team GB has been drawn in Group A of the tournament, alongside Senegal, two-time champions Uruguay and United Arab Emirates.

Pearce's team will begin their campaign against Senegal at Giggs' home stadium Old Trafford on July 26.