Agbonlahor can be Aston Villa's very own Giggs, claims Lambert 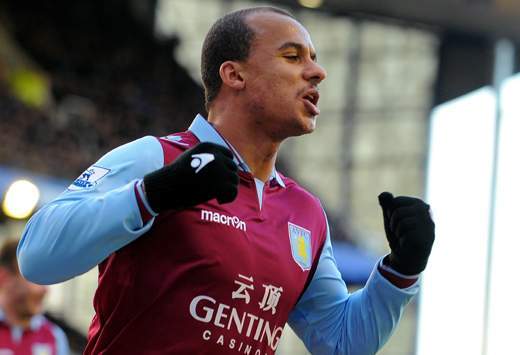 The Scot believes the forward should follow in the footsteps of players such as the Manchester United winger, Steven Gerrard and Paolo Maldini in ending his career a one-club man

Paul Lambert claims Gabriel Agbonlahor can be Aston Villa's very own Paolo Maldini or Ryan Giggs, ending his career as a "one-club man".

The 26-year-old has been a regular at Villa Park for eight years, and Lambert is confident he can follow in the footsteps of the former Italy captain as well as the likes of Steven Gerrard and Giggs.

Having netted 10 goals this season, his best return for three years, Agbonlahor is clearly an important figure amoungst the youth of Villa's squad, and his manager seems certain the forward will finish his career in claret and blue.

"It's rare for any guy to stay at one club for a lifetime - maybe Maldini was the last," he told reporters.

"Stevie Gerrard at Liverpool and Ryan Giggs at Manchester United are other great one-club men.

"But he's that type of player - a local lad who only wants to play for one club - his club.

"People can identify with him. He's just equalled Dwight Yorke's record of 60 Premier League goals for the club. Given time he will surpass it."