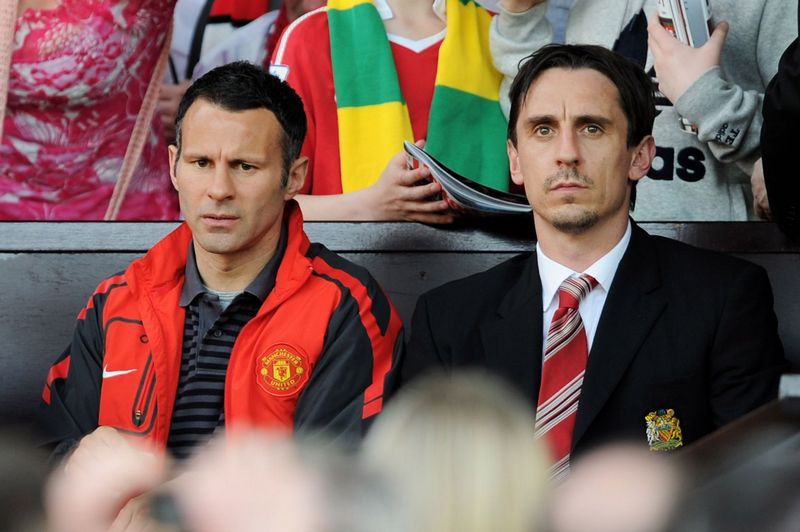 Valencia tried to lure Ryan Giggs to Spain before they went for Gary Neville – but the Manchester United legend believes he’s in line to take over from Louis van Gaal.

Giggs was shortlisted to replace Nuno Espirito Santo and was sounded out by Valencia owner Peter Lim – joint owner of Salford City with the Class of 92.

Members of the Valencia board were keen to see whether United’s current No.2 would be available once they knew Lim was thinking of an Old Trafford connection with Gary Neville also in the picture.

But word quickly came back from the Giggs camp that he’s happy to see out his term as Van Gaal’s assistant.

Despite recent speculation linking Bayern Munich boss Pep Guardiola with the United job, it’s believed Giggs is confident he will be in the frame to take over from Van Gaal when the Dutchman’s contract is up in June 2017.

Sources close to Giggs say he has had no concrete promises that he’s getting the job.

But he’s been told his work steadying the ship after David Moyes was sacked when he managed United for four Premier League games, allied to his current job as Van Gaal’s right-hand man, makes him a leading contender.

Many fans have been frustrated by the lack of touchline direction from the Dutchman and his staff and Giggs has been asked by supporters why he rarely enters the technical area.

Van Gaal has strict rules governing touchline intervention from his staff and they are under orders not to enter the technical area unless he approves it.

There are frustrations for Giggs about the tactics and personnel used by the Dutchman but he accepts he is a No.2 and must not overstep the mark with his manager.