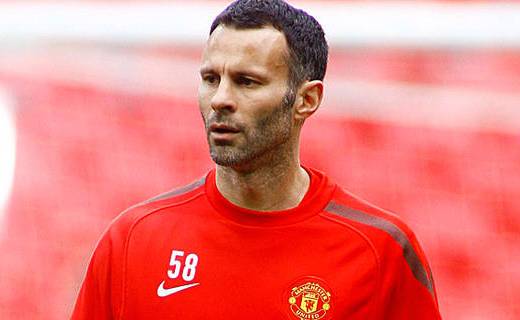 The flecks of grey in Ryan Giggs’s hair and stubble offer a reminder that time waits for no man, not even a player known for much of his career as a boy wonder. A month on from his 900th appearance for Manchester United, the temptation is to say Giggs has seen it all.

Who better then to give an indication of where and when the title race with Manchester City will be won?

“United have the experience,” Giggs says. “City have the hunger. If we keep going at this rate, everything will be decided in the derby.”

April 30th, it seems, is the designated event horizon in the Premier League this season. Its gravitational pull is strong, even if, by then, the point of no return might already have been reached. Things have taken a significant turn in the last week. While “Don’t Look Back In Anger” remains one of the most famous songs ever written by Oasis guitarist (and fervent City supporter) Noel Gallagher, it’s hard to see coach Roberto Mancini reflecting on the past few days without a sense of profound frustration.

His refusal to speak to the media after Saturday’s 1-1 draw with Stoke, a protest at the lack of protection referee Howard Webb afforded his players at the Britannia stadium, was miscalculated, as it instead left many with the impression that Sir Alex Ferguson’s ‘mind games’ had got under his skin. Mancini decided to get away from it all on Monday, making a pilgrimage to see the Virgin Mary of Medjugorge in Bosnia. Any calm that the trip may have brought to his spirit was presumably ended later that evening when United beat Fulham 1-0 at Old Trafford to open up a three-point lead at the top of the table.

Adding to the sensation that nothing is going City’s way at the moment was the sight of referee Michael Oliver waving away Fulham’s appeals for a penalty after Michael Carrick appeared to clumsily trip up Danny Murphy in the penalty area in the 90th minute. Even Sir Alex conceded that his side had caught a bit of fortune.

United fans can quite comfortably counter the inevitable accusations that they all too often enjoy the benefit of the doubt when it comes to marginal decisions by pointing out that only West Brom have had more penalties awarded against them at home this season. City too can consider themselves fortunate that Yaya Touré’s equalizer against Stoke was helped on its way by a Ryan Shawcross deflection, otherwise Peter Crouch’s breathtaking looping volley might have gone unanswered. There are two sides to every story.

Going forward, the conclusions to draw are manifold.

United will be delighted to have won their seventh game in a row in the league, but the lesson to draw from Fulham’s visit to Old Trafford is that another performance as complacent and lacking in tempo might not go without punishment in the run-in. City, meanwhile, will again be disappointed that their away form still risks compromising their season, but can take solace in the fact that for the third game in a row they showed the character to come back from a losing position and get a potentially valuable result at a ground where no team in the top five has won this season.

This fight isn’t over, but as with United at the beginning of the New Year, City are now being asked the question whether they can stay in it. “The important thing is to keep the gap to no more than three points before we play United at the Etihad,” Gareth Barry insisted. “If we manage to do that, then we fancy ourselves in that game.”

Were that to be the case then no one at United would be more prepared than Giggs. He has been conspicuous by his presence in many of the great title-race turning points in Premier League history. Think of United’s momentum swinging wins in the last 19 years from Sheffield Wednesday in April 1993 and Newcastle United in March 1996, to Tottenham Hotspur in May 1999 and Aston Villa in April 2009. One thing stands out: Giggs featured in all of them.

That kind of know-how, allied to a squad that as a whole has a rich experience of success and getting it done, might prove the difference this season. While several City players have won things before, including the most prestigious honors in the game from the Champions League to the World Cup and European Championship, only five have lifted the Premier League. Two of them, Carlos Tevéz and Owen Hargreaves, did so while at United.

Whatever happens between now, the Manchester derby and the end of the season, Ferguson was right when he said last week that this is only the beginning. “What we’ve got to get used to, and every United and City fan too, is that there’s going to be big games involving the two teams – semifinals, finals, whatever – for the next decade. The two of us will be at the forefront.”

James Horncastle is a European soccer writer with articles published in The Blizzard, Champions magazine and FourFourTwo.