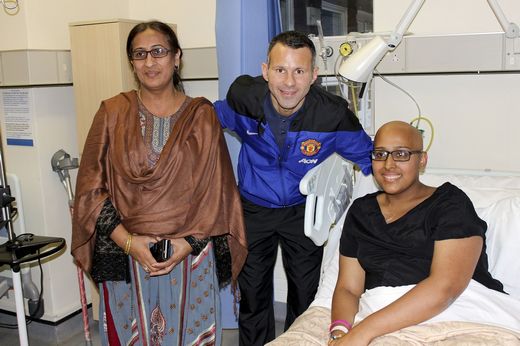 Manchester United stars made it a Christmas to remember for youngsters in hospital in Manchester.

The squad split into two teams and visited The Christie and the Royal Manchester Children’s Hospital armed with gifts and ready to sign autographs and pose for pictures.

The visit no doubt helped to raise the spirits of patients at the start of the festive period.

United legend Ryan Giggs said: “Being in hospital at Christmas isn’t nice for anyone, let alone children. It’s great for us to be able to meet some of them, have a chat and give them a present. It’s also really nice to meet their parents and the doctors and nurses, who all do such a great job looking after the kids.”

Michael Carrick added: “We wanted to do what we could to help the children feel a bit better – no-one wants to be in hospital at Christmas. It was great to be able to give them all some presents and hopefully we helped make their Christmas that little bit more special.”