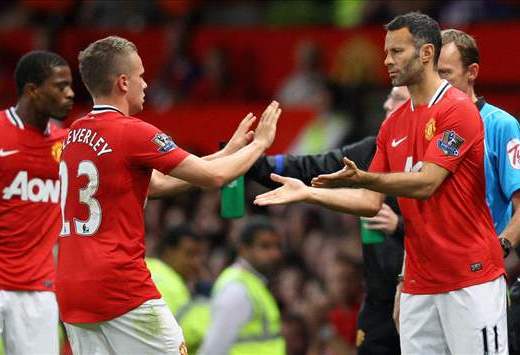 Tom Cleverley and Ryan Giggs have been named in Great Britain's football squad for the London 2012 Olympics.

Team GB coach Stuart Pearce named the United duo in his 18-man squad on Monday after a summer of deliberation. The team will kick off its campaign against Senegal at Old Trafford on 26 July.

Great Britain then faces United Arab Emirates at Wembley before rounding off its Group A campaign against Uruguay in Cardiff's Millennium Stadium.

The top two teams from each group along with the two best third place teams qualify for the quarter-finals. The tournament rounds off with the final at Wembley on 11 August.