Sir Alex : "No one will match Ryan Giggs achievement of 900 games" 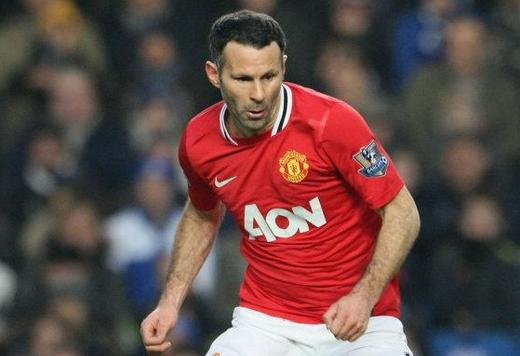 Legend Giggs is already the club's record appearance holder and most decorated player.

Now boss Ferguson believes the United hero's incredible longevity means he should be regarded as the best player produced on these shores.

He said: "I would say that from my personal view.

"I don't say everyone will agree with me as we all have favourites. But, playing in the Premier League as long as he has, I don't think another player will do it."

Ferguson loves his red wine and, like his favourite tipple, he believes Giggs, 38, has got better with age.

That is why he has signed the player for a staggering 23rd season.

Few could have believed that would happen on the day of the 2008 Champions League final when Giggs beat Sir Bobby Charlton's appearance record.

Ferguson added: "It's amazing, thinking about that night in Moscow — you are talking about more than 100 games on. It's phenomenal and he keeps defying his age. This season he's been just the same as he was in Moscow."

Giggs was known for his runs down the wing but his game has evolved.

Ferguson said: "Today it's a different Giggs. He's changed his position a few times to more central, that's created a different aspect to his game. He's still got the same change of pace and wonderful balance but he's not as quick as 10 years ago."

Giggs is hoping to shake off a slight niggle to reach another milestone in tonight's Europa League last 32 second leg against Ajax.

Tom Cleverley is a certain starter for the first time since October, when he suffered an ankle injury.

The 22-year-old midfielder had an hour against Ajax in the first leg last week and Ferguson is delighted to have him back.

He said: "He is a very clever footballer. He has got a quick brain in terms of appreciation of passing.

"He gives us more ammunition in midfield which a few months ago everyone was starting to worry about.

"But with Scholes, Giggs and Carrick, whose form has been fantastic, and Anderson now back in training for the first time we have some good options now."

Cleverley is set to be named in Stuart Pearce's England squad today for next week's international, after the caretaker boss checked his fitness.

If he plays against Holland on Wednesday, it would be his first cap.

Tonight he will be concentrating on Ajax with United holding a healthy 2-0 lead from the first leg.

But Ferguson is warning against any complacency having blown a 2-0 lead at home to Basel in the Champions League to draw 3-3.

The man who orchestrated their downfall in the return game reckons United thought they were too good for the Swiss.

Xherdan Shaqiri created both Basel goals in a 2-1 victory over United in Switzerland.

It condemned the Red Devils to a first Europa League campaign.

Forward Shaqiri, who will join Bayern Munich in the summer, said: "United underestimated us.

"You could feel it in the tunnel before kick-off and even in the warm-up.

"They weren't fully focused, I'm not even sure a United player made even one sprint.

"Afterwards you couldn't even swap shirts — they were gone that quickly."

Ferguson said: "That stays in the memory banks and I don't think we'll be causal this time.

"Neither ourselves nor Manchester City expected to be in this competition — but both want to try to win it. That would be a good final, that."