Sir Alex: Giggs can play at 40 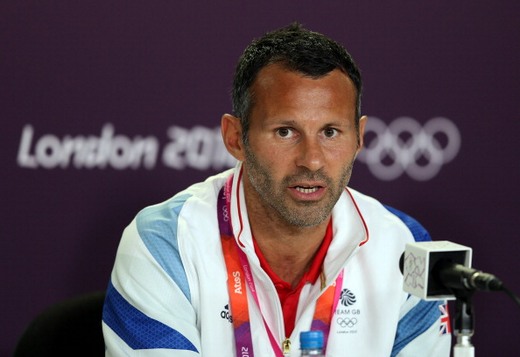 Ryan Giggs has been backed to play for Manchester United when he is 40 by Sir Alex Ferguson, who is hoping for one more season out of fellow veteran Paul Scholes.

Wales midfielder Giggs is United's record appearance holder after featuring 909 times for the club and is due to turn 39 in November.

He is currently preparing to captain Team GB at the Olympics before returning to United, where he remains an influential figure after over two decades in the first team.

Ferguson does not believe the upcoming season will be Giggs' last and feels he can emulate the likes of Edwin van der Sar and Teddy Sheringham in playing in the Premier League at the age of 40.

However, the United boss suggested this could be the final hurrah for Scholes, who is 39 in November and initially retired from playing a year ago.

Scholes returned to the Red Devils fold in January and Ferguson praised the way the former England midfielder can still dictate a match.

"He will be 38 in November and like any player of that age we know that his legs will go eventually," said Ferguson of Scholes.

"But, as we have seen so often, there is no-one else in England who can dictate the pace, rhythm and tempo of a game and control that midfield area the way he does.

"If we can get a good season out of Paul he will be satisfied with himself.

"On the other hand, Ryan can play for another year after this."