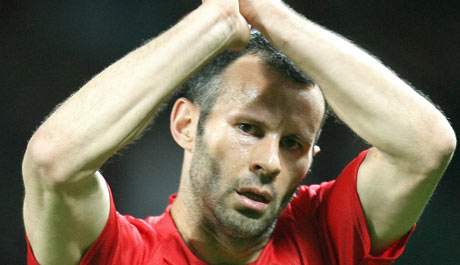 Ahead of United's return to Champions League action, we fired some quickfire questions at the club's most experienced campaigner, Ryan Giggs...

First away trip?
I honestly don’t remember... maybe Torpedo Moscow in the UEFA Cup. We lost on pens, I think, on a wet and miserable night inside a small, old stadium.

Best European night at Old Trafford
I only came on as a substitute for the final 15 minutes but it’s hard to beat Barcelona at home in the 2008 semi-final. That was a special atmosphere.

Best away ground
I’ve played in so many. I like playing in Turkey, actually, because the atmosphere is so good. Galatasaray’s Al Sami Yen in 1993 sticks in the mind.

Toughest defender
Javier Zanetti. When I played against him in 1999 he was a right-back and he had everything – he was athletic, tough, intelligent, good going forward. He was brilliant.