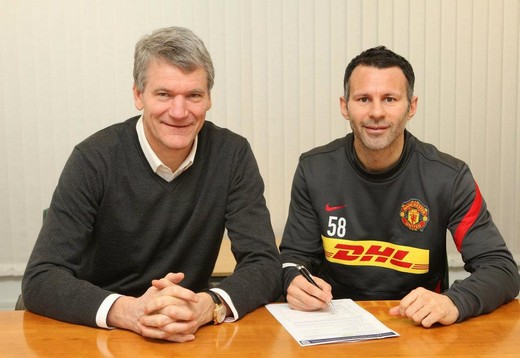 Ryan Giggs has signed a one-year extension to his contract, which will take the winger into his 22nd season as a United first-team player in 2012/13.

The 38-year-old made his debut for the Reds in March 1991 and has gone on to win almost everything in the game, including a record 12 league titles and two Champions Leagues.

He’s made 22 appearances this season to take him to 898 overall, scoring three goals and adding vital nous and experience whether on the wing or in central midfield.

Reds boss Sir Alex Ferguson said: "Ryan is a marvellous player. In many ways, he epitomises all my teams here at United: he has constantly re-invented himself, adapted to the changing nature of the game and retained that desire and hunger for success.

"In every training session and match, he is the example for others to follow. The young players in the dressing room have a great chance to learn from a player who will continue to break records that anyone in the game will find hard to beat."

Giggs added: "When I signed my first contract, I never thought I’d be able to play at United for 22 years, but I feel good and I know I can still contribute to keeping the team pushing for honours.

"Winning the club’s 19th title was a great feeling but this club is all about what we do next and I’m really pleased I can be part of that."

Helpful Site:
There is information about sports management courses at Online-Degree.net.