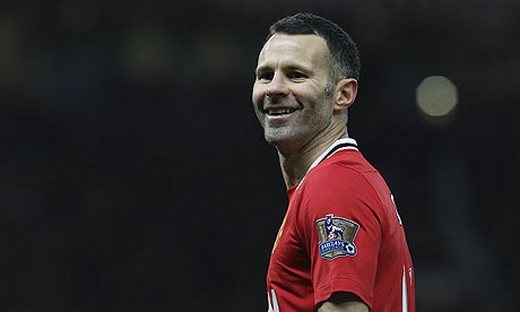 Ryan Giggs has expressed his admiration for Manchester United's new generation - and has thanked the fans for backing those who broke into the team on a regular basis last season.

The veteran midfielder understands that life can be challenging for players trying to impress at Old Trafford but he feels there has been plenty of support and patience for the likes of Danny Welbeck, Tom Cleverley, David De Gea, Ashley Young and Phil Jones - even if their form occasionally dipped below the high standards they have already set.

Giggs can speak from experience after narrowly missing losing the title race to Leeds in his first full season as a regular starter and he is convinced his younger team-mates will respond positively to the setback.

"It’s been great for the more established players to see the young players come through and do so well," Ryan told ManUtd.com.

"I know from myself as a young player who came through how tough it can be sometimes. When everything’s going well for the team, it’s all great and everything’s rosy. Then you hit a bit of bad form and it’s more difficult for a younger player because you haven't got a platform to fall back upon.

"[That said] I was really impressed with the consistency of all the young players and the new signings who came in last season."

The backing of the supporters is clearly appreciated by all the staff with the Reds already preparing for another assault on the title next time around.

"The support of the fans is always important – when we’re playing at Old Trafford, they can almost suck the ball into the net. They'll obviously be keen for us to do well next season."

The heartbreaking finale to the 2011/2012 campaign has just made Giggs even more determined to extend his collection of league winners' medals to 13 and retrieve the Premier League trophy from across town.

“It’s always hard when it’s on your doorstep," Ryan explained. "To lose against City and the manner in which we lost is always hard to take. But we’ve faced disappointments before and we’ve always come back and that’s what we need to do again.