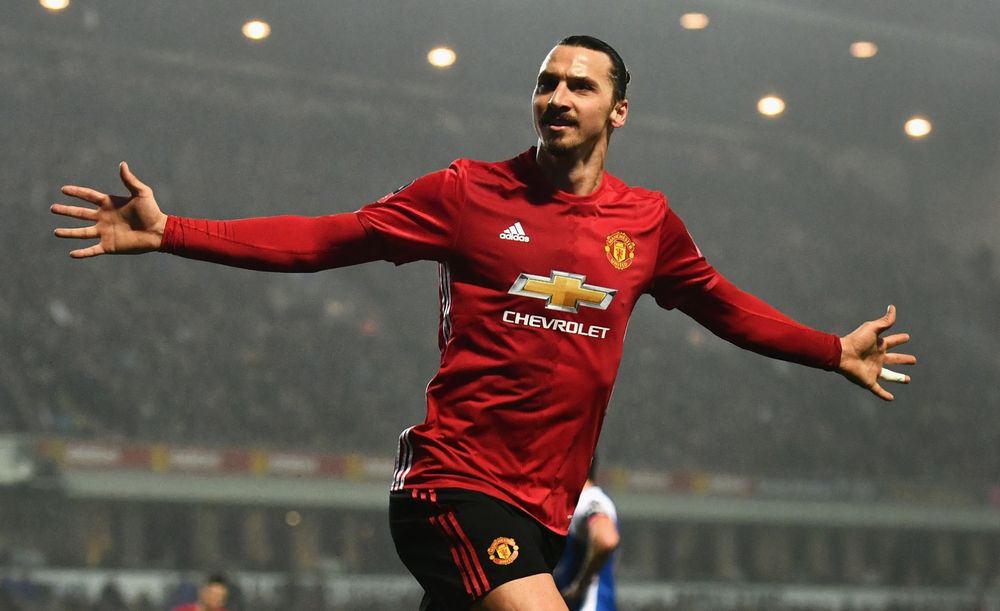 Manchester United great Ryan Giggs has been blown away by 'unbelievable' Zlatan Ibrahimovic's form and longevity.

The 35-year-old has made a mockery of the doubters since arriving at Old Trafford in the summer, taking his tally to 24 goals with Sunday's winner in the FA Cup fifth round at Blackburn.

Giggs knows a thing or two about playing at the top into his mid-30s and has been taken aback by Ibrahimovic's displays.

United's most decorated player of all time can also understand the comparisons to Eric Cantona.

'I think there's similarities because of that confidence they have in their own ability and the goals that they have scored,' Giggs said.

'It didn't faze Eric or Ibrahimovic coming to United and being the No 1 player.

'Even when they are playing well and getting all the adoration, they don't get carried away.

'It's their job and you can see that he is a good professional, he is always fit and at his age to play centre-forward and to produce the goals he is producing is unbelievable.'

Ibrahimovic still has a way to go to catch Giggs, who made a club-record 963 appearances before calling time on his playing career aged 40.

'It is not easy (playing into your mid-30s),' he added. 'The first bad game that you have, everyone always says, "He is too old" or he is this or that, so you're fighting against that all the time.

'But to actually be centre-forward and be the man they are relying on really to score the goals is added pressure as well.

'He is not the kind of player that will be overawed by that, and you can see that with the hat-trick in midweek (in the 3-0 Europa League win over St Etienne) and obviously rescuing United (on Sunday).'