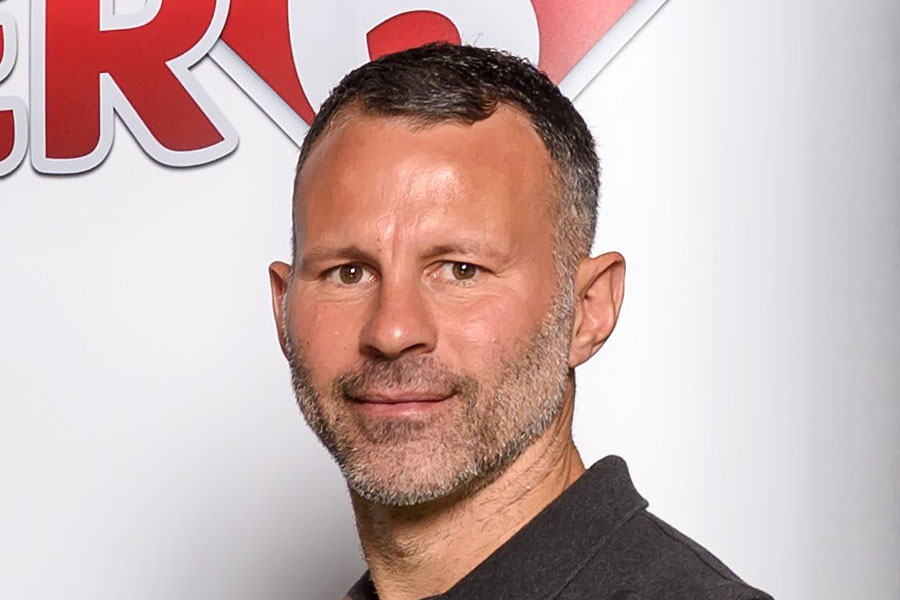 In part four of the Class of '92 diary, Ryan Giggs discusses how difficult early leaders Manchester United are going to be to stop this season and a super-sub hat-trick for Salford.

I think it was documented when the fixtures came out, while there's no easy games in the Premier League, it was a pretty good start for Manchester United and the team have delivered with two 4-0 wins.
When Jose Mourinho's sides get going they are very difficult to stop. He's done in the past and, while it's important dealing with the expectations with the media making a lot of it, managing that is something he is great at.
There's also a lot of experience within the squad and they'll all play their parts. Michael Carrick and Ashley Young haven't been involved yet but have that experience to slot back in and be trusted, while Chris Smalling and David de Gea also have that experience of winning the league. Eric Bailly celebrates his goal late in the first half at the Liberty Stadium
Before the first two games I thought that the title was between Manchester City, who have the firepower, and Manchester United, who have the balance to their squad.
They look powerful with Nemanja Matic and Romelu Lukaku, but what is pleasing to see is the creative players doing well as well. Henrikh Mkhitaryan already has four assists and that will do him the world of good, so hopefully he can get back to his Dortmund form. Nemanja Matic has made an impressive start to his Man Utd career
There's a lot of players contributing to goals which is crucial to winning the league. Juan Mata scores year-in-year-out, Antony Martial chipping in and when Marcus Rashford and Mkhitaryan join the party you've got options. You can't just rely on Lukaku.

Chelsea showed great character on Sunday. I think Antonio Conte would like a couple more players to give the team a boost but they've silenced a lot of critics with that performance.
To go away from home, even if it was at Wembley, with players making their first Premier League starts, without Eden Hazard and be up against it for 90 minutes, it was a huge result for them. Antonio Conte praised his players for finding the desire that one them the Premier League title, in their win over Tottenham
Tottenham are a fantastic team but the longer they go without a Wembley win the bigger the pressure will get. They played well but it will be a real test next weekend against Burnley, who are going to sit and defend, but I do expect them to overcome that Wembley hoodoo sooner rather than later.
Harry Kane's August issues are strange but it does happen, especially with centre-forwards as there's so much pressure on them. They have those runs where everything hits the net and I don't think anyone will be surprised if he scores a hat-trick next weekend. Sunday brought another Wembley defeat for Christian Eriksen and Tottenham
Arsenal were also the better team this weekend but ended empty-handed at Stoke. They were always going to be under pressure when they lost their first game after missing out on Champions League and with the Alexis Sanchez and Arsene Wenger unrest, but you just feel they can't get away with playing badly and still grind out results, something the top sides can.

A fantastic second-half hat-trick from Jack Redshaw gave us a 3-0 victory over Kidderminster and he has proven he is capable of being our main man this season. He's done it at a higher level and he'll be key to getting us promoted.
We've already had quite a few injuries and if you are going to be successful in this division, with two games a week a lot of time, then you need a good squad, so a hat-trick from a substitute is a pretty good sign!
There's a lot of pressure on the lads because of the profile of the club but I wasn't that actually worried when we lost our first game. Sometimes it's not the worst thing to start with a defeat and the response from the lads, winning the next four games, has been brilliant.
It's a tough, tough league and if we're going to be successful in the cups again then there will be even more quick turnarounds. We've already seen some of the young players come through and get that experience.
I spoke about the academy benefits last month and we've already seen some of the young players come in and help the team out.
There are so many benefits to having the youth system in place, from breeding that club culture to building a more sustainable future, plus it keeps the senior players on their toes.

I see we're the Manchester United of the Soccer Saturday Super 6 pundit league with a solid start to the season, but it's a tough round coming up with plenty of tough games to call.
Newcastle were so bad against Huddersfield that I can't see them beating West Ham, who did okay in the first half at Old Trafford and did well to come back from 2-0 down at Southampton. Javier Hernandez will score a lot of goals for them.
Crystal Palace 0-0 Swansea
Huddersfield 1-2 Southampton
Newcastle 0-2 West Ham
Watford 1-0 Brighton
Birmingham 2-2 Reading
Sheffield United 1-0 Derby