Ryan Giggs itching for managerial role after cheering from the stands 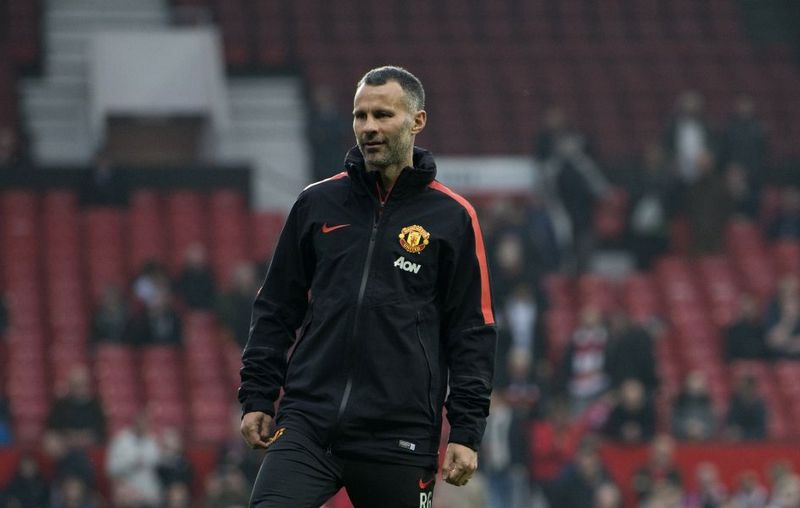 A few minutes before the end of the recent Manchester derby at Old Trafford, Ryan Giggs got up from his seat in the Manchester United directors box and walked towards the exit. He’d been sitting alongside Michael Carrick, who surprisingly didn’t even make the match day squad. Despite only signing a new contract with Jose Mourinho’s approval in the close season, Carrick has yet to start a league game so far this term.

The Geordie may be 35 but as Giggs showed, that shouldn’t be a barrier to playing for United. Carrick did start in an EFL cup victory at Northampton on Wednesday and was his side’s best player. He may not be the club’s future, but he’s seldom let the team down in recent years, with fans and players thinking he deserves a chance, more so given United’s poor recent form.  Will he start against Leicester tomorrow? Will Wayne Rooney start? That’s what people are asking, with Jose Mourinho keeping everything close to his chest in Friday’s press conference – though he did confirm that the out of form Anthony Martial is injured. Carrick is out of contract in June and on current form is unlikely to be playing at Old Trafford this time next term. The majority of players don’t leave the club on positive terms. They often feel they had more to give, they don't agree with the decision not to offer a new contract or at least the terms for one. Usually, they take a few months or years to let their feelings settle. Then they think about returning to Old Trafford to watch a game. You’d be surprised by the number of club legends who have very little time for watching games at Old Trafford.

Giggs isn’t one of them. He wanted to be United’s manager after Louis van Gaal and understood that he would be, but Jose Mourinho was chosen for reasons most fans agreed with: experience and a winning record. Giggs still wanted to stay involved with the first team, Mourinho wanted to bring in his own men. Giggs had a couple of brief meetings with United’s leading official Ed Woodward and heard nothing from Mourinho. He knows how football works. But Giggs was soon back watching United, just as he did as a kid before he was approached as a schoolboy. Against City, he didn’t lose faith in United’s ability to get back into the game, but like many spectators with a high profile, he ducks out of matches early. Sir Alex Ferguson, the biggest influence in Giggs’ life, used to scout European opponents and leave ten minutes before the whistle for a private plane straight back to Manchester. When you have the profile of Ferguson or Giggs, there’s no shortage of people waiting to wish you well and request an autograph or a photo. A ten-minute walk can take an hour. Giggs still hasn't been inside the Trafford Centre, the largest shopping mall in the north west, close to his home, for a decade. It's unlikely that the local boy who played a club record (by a distance) 963 games for Manchester United would be left alone.

Giggs has enjoyed watching United as a fan this season. He found it weird not to be involved in United in any capacity for the first time for 29 years, but after United’s promising start thought that ‘we’ will win the league this season.

He’s had no reason not to call United ‘we’, but Giggs’ next job is almost certain to be away from Manchester United. Giggs wants to be a manager and feels he’s ready for it. If that’s not to be at United then he has to look for a club where he can show his ability as a boss. He believes he’s learned much from Ferguson, David Moyes and Louis van Gaal, plus his own four-game spell in charge of United. When I asked him what he’d taken from being caretaker in the spring of 2014, he said: “I learned that I wasn't ready. In this job you need experience. Everything else wasn't a problem - the staff, the training, the press. There were areas where I thought I'd struggle and I didn't - like dealing with the media. What I did learn was to play your best team. It was difficult for me because I was still a player and I wanted to give everyone a chance. The first thing I said to the players was: 'I think you're all good players and I'm going to give all of you a chance'. I was probably a little bit too loyal.”

Over two years on, Giggs is about to turn 43. There was interest from Nottingham Forest in the summer, but Giggs started this season out of football, enjoying television work, travelling and watching football – especially Salford City which he part owns.

He completed all of his coaching badges while still a player at United, but he knows too that he can’t stay out of a job for too long.

Football’s merry-go-round moves quickly. You keep your knowledge levels topped up by being in football, by speaking to people, seeing people and being at the coal face. Liverpool hero Kenny Dalglish found out how much football had changed when he was out of the management for a decade.

You need to stay active and relevant rather than being yesterday’s man talking about your former life rather than your current one.

Giggs was linked with the Swansea City job last season and he’s been linked with it again now. If the Swans were to dismiss their current boss Francesco Guidolin, who has taken only four points from the first five games this season, then the Welshman would be interested in taking over. He won’t be the only one for any Premier League vacancy remains coveted. Even Luis Enrique spoke glowingly of Swansea after the job Brendan Rodgers had done there. Soon after, Enrique was named Celta Vigo manager where he excelled for a season before taking over at Barça. Giggs can only dream of a similar managerial trajectory, but he has to start somewhere. Back in the land where he was born at a stable club who’ve been brave with their previous managerial appointments could be the right choice.

Until then, he can keep watching Manchester United and Salford City, but not for too long.