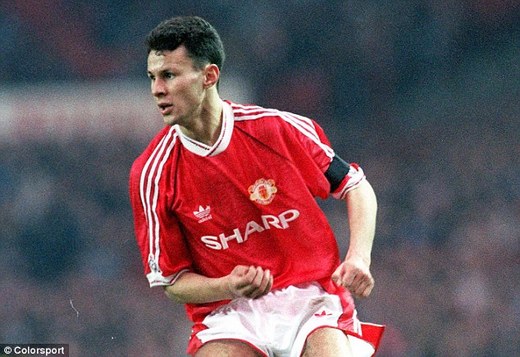 Ryan Giggs shudders. He is reflecting on old times and the place where it began for him — The Cliff training ground — and as he does he can still hear a booming voice ringing in his ears.

‘One of my jobs was to pump up the balls,’ says the Manchester United legend, who celebrates his 40th birthday on Friday.

‘If you then had a shooting session with Peter Schmeichel and the balls started moving in front of him because they weren’t pumped up properly, they would end up in the river next to The Cliff or in the field behind the training ground.

‘He would just kick them and start shouting, “Who pumped the balls up?” You would then have to go and get them from wherever they were. But, as an apprentice, that taught you a lesson. You’d make sure from then on the balls were pumped up.’

United left The Cliff in 2000 for their state-of-the-art training base in Carrington but its importance, both to Giggs and the club, cannot be overstated.

This was the breeding ground for the Busby Babes, the all-conquering 1968 European Cup-winning side of Best, Law and Charlton and for the class of ’92.

We meet in a plush Manchester hotel to discuss The Class of 92, the film charting the journey he, David Beckham, Paul Scholes, Nicky Butt and the Neville brothers experienced as they matured from FA Youth Cup winners to Champions League heroes and, inevitably, Giggs is feeling nostalgic. 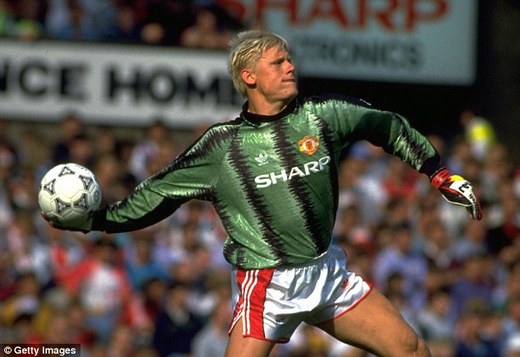 ‘It was good to jog the memory, to go back over the different stories,’ he says.

‘It was just really enjoyable to do. Going back to the old training ground and getting together, having the same banter and jokes. It was as if we had never been away.’

Giggs’s career has spanned three decades, 953 games and 13 Premier League titles but everything stems from those character-building days in Salford, when he and his band of brothers learned about life as well as football.

It is inconceivable youngsters in academies now would be asked to do the menial jobs which were commonplace when Giggs served his apprenticeship but is that necessarily right?

Having seen both sides of the coin, Giggs isn’t so sure.

‘I think if you asked most players of my era, that is something they would like to see come back,’ he says.

‘It gave you discipline, that sort of ethos of working hard and the desire to be a success. You worked hard to make the most of yourself.

‘The Cliff is crawling with history. We would get there at 8am, stay until 5pm or 6pm.

‘You’d train morning and afternoon; then you would do your jobs, pumping balls up, cleaning dressing rooms, polishing boots or whatever. All those things have gone, like sweeping the dressing room and making sure the boots were done. If they weren’t, you got told. 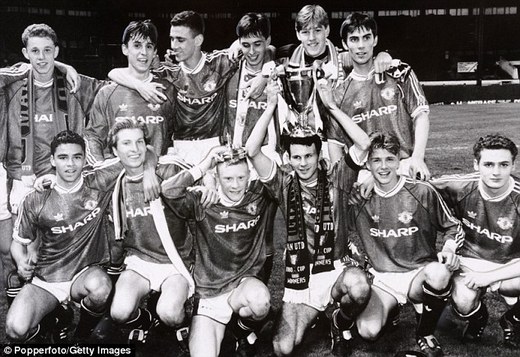 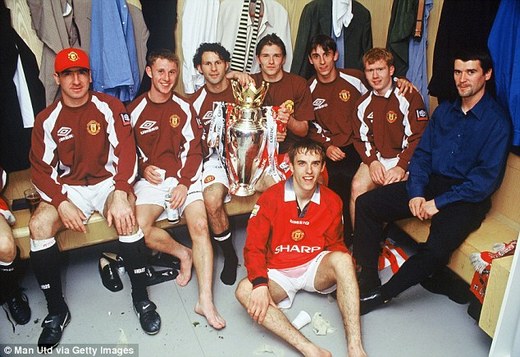 ‘The aim was to get into the first-team dressing room. We had a lot of fiery characters — Schmeichel, Ince, Keane. They would let you know if you let them down. But they always pulled in the right direction, doing things for the right reason.

‘It was a tough school but it was one you knew if you got through it, you could face anything. You didn’t forget what you learned there.’

To consider how long Giggs has been playing, you only need to see the opening credits of The Class of 92. Newsreel shows clips of John Major preparing for another term as Prime Minister, the Queen talking about her ‘annus horribilis’ and the impact an IRA bomb had on Manchester city centre.

Yet here we are 20 years on and still Giggs endures. On Wednesday evening in Germany, he ran 10,916 metres during United’s 5-0 drubbing of Bayer Leverkusen.

‘Is he really 40?’ asks Phil Neville, who now works alongside Giggs on United’s coaching staff. ‘I’m going to have to check his passport. Listen, he is a phenomenal human being, never mind being a phenomenal footballer.

‘His drive, his determination, his hunger — it has never wavered.

‘He still beats himself up when we lose but I also see him trying to help others. I see him trying to pass on his experience to the younger players. He was the first superstar (of our era) but I still see him playing next year.’

Experience is the key phrase. Giggs is the link with United’s glorious past and the brave new future; the man with old-school values but a keen sense of how it is vital to change with the times to stay ahead of the game.

David Moyes has been astute in the role he has handed him.

‘That is part of my role,’ he confirms. ‘To make sure the young players in the youth team know exactly what United are all about. The history and traditions of the club.

‘If a young player comes in a bit cocky you will bring them back down to earth just as you will if they are doing quite well.

‘If they are having a bad time you try and help them through it.’

When the time comes, United’s youngsters could not wish for a better tutor but, for the moment, he continues to think like a player and is not entertaining ideas of retirement.

The main focus today is preparing for the trip to Tottenham but, before that, he will have to endure what promises to be a ‘testing’ birthday.

Giggs, it emerges in The Class of 92, had a wicked sense of humour when it came to squad initiations, so it is likely he will receive a taste of his own medicine. ‘It’s just like any other birthday really,’ he says with a rueful smile.

‘I’m sure I will get a bit of stick off the lads. I tried to keep it quiet but that has been impossible!

‘Am I dreading it? I’ve just got to attack it, haven’t I? I can’t worry about it too much.

‘Obviously the change with Sir Alex going was massive, but I am enjoying it. I am enjoying the  coaching role. David is a great manager and a great coach.

‘This is a landmark birthday but it’s not something I will dwell upon. There won’t be any mad celebrations.

‘I am always someone who tries to look forward.’

And that is why he has been at the top for so long.

The Class of 92 is in selected cinemas across the UK from Sunday and is available on DVD from Monday.

So just how good was the teenage Ryan Giggs? Nicky Butt (with Giggs in 1999, below) remembers the day he intended to take him down a peg or two.
‘I played for Manchester boys, Ryan played for Salford boys,’ recalls Butt. ‘I used to see his name in “The Pink” (the Manchester Evening News paper). I used to think to myself, “He must be some player — he’s in every week”.
'Me being me, I thought, “When I get to United, I’ll show him”. I played against him in the first session and didn’t get near him. I thought I was never going to make it if that was the standard. That’s how good he was.’