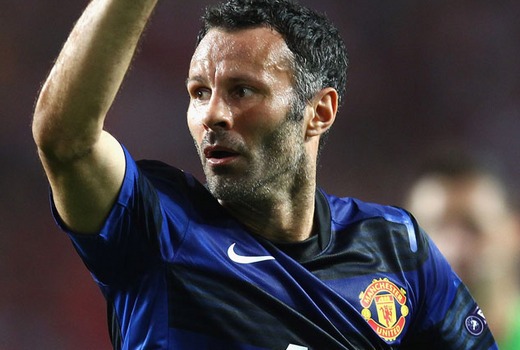 Ryan Giggs feels if Manchester United can come through their upcoming run of tough fixtures it could inspire the confidence needed to retain the Premier League title.

United visit Chelsea on Sunday, after which they must tackle Liverpool and Tottenham, with a visit to Norwich - who have lost just three times at Carrow Road this season - in between.

Little wonder no-one at Old Trafford is getting too carried away, even though they moved level on points with Manchester City by beating Stoke on Tuesday night.

However, as a veteran of all 12 previous Premier League championship triumphs, Giggs knows the value that can be gained by beating major rivals.

"We have shown reasonable form and if we can get good results in those kinds of games, confidence will be sky high," Giggs told Inside United.

"We know that it's a tough run, but those are the games you want to be playing in.

"We are not quite at the make-or-break part of the season, but it is an important time, and we know that if we win those games, then we'll be in good shape and good form going into the run-in.

"We know what's ahead of us and what we have to do."

With both Giggs and Sir Alex Ferguson talking positively about a contract extension, it seems certain the veteran Welshman will extend his career into another season.

Such has been his impact, it seems highly likely that long-time team-mate Paul Scholes will join him after the midfielder abandoned his retirement at the beginning of last month.

"I thought he'd retired too early - a lot of people did," said Giggs.

"Scholesy probably thought he'd made up his mind and when you've done that, you can't really change it.

"But he was still the best in training with the reserves, so he obviously felt he could still do it.

"Nobody was going to disagree with that and it was a massive boost when we found out he was coming back before the Manchester City game."