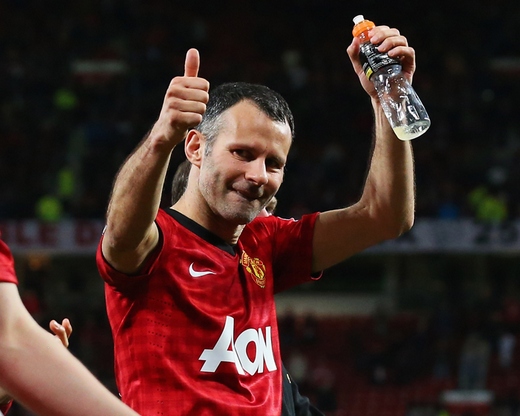 Ryan, 39, Britain’s most decorated footballer, has been taking his coaching badges and is due to attain the UEFA Pro Licence next summer. He signed a one-year extension to his playing contract in March and will combine his new duties with being a member of the first-team squad.

"I'm delighted that Ryan has accepted the chance to become player/coach. His success and ability to adapt his game over a number of years gives him an unrivalled perspective on the modern game. His career is an example to any aspiring young player and I’m sure that both he and the players will benefit from his new role."

"It's a great privilege to be appointed a player/coach. I hope I will be able to bring my experience to bear, having been both a player and part of the Manchester United family for so long. It's no secret that I have been taking my qualifications and I see this as the first step in my future career. I'm really looking forward to working alongside David and the team."