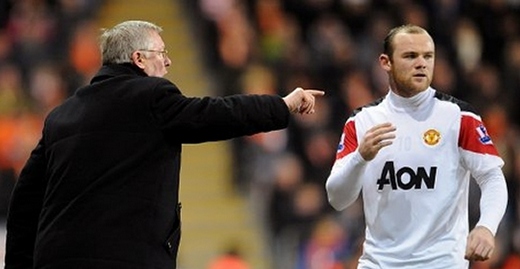 Wayne Rooney is still fighting to rediscover his goalscoring form of old, but there have been signs in recent weeks that he’s ready to rumble.

Injuries and controversies surrounding his contract and suggested move to Manchester City clearly took their toll on the Manchester United striker.

But teammates Ryan Giggs and John O’Shea are convinced it’s only a matter of time before Rooney is firing on all cylinders once again.

Sir Alex Ferguson this week challenge Rooney to step up to the plate and start matching strike partner Dimitar Berbatov in the goalscoring stakes.

And Giggs says: “As a goalscorer you want to be getting goals but his overall play has been good - his cross for my goal against Birmingham was brilliant.

"As long as the team is doing well, that's the main thing. And we know that sooner or later Wayne will start scoring."

O'Shea added: "Wayne will soon be back on the goal trail because of his quality. I'm sure the chances like the one he missed towards the back post against Birmingham will be flying in in no time."