Ryan Giggs at 600! Manchester United's legendary star... by the men (and woman) who know him the best 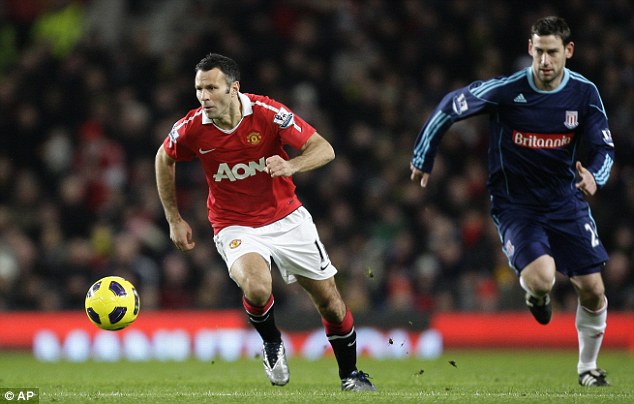 Ryan Giggs will reach 600 league appearances for Manchester United if he plays at White Hart Lane on Sunday.
It is now more than 20 years since he signed a professional deal at Old Trafford and he has already played more games for the club than any other player, although he lies seven behind Sir Bobby Charlton in league appearances.
Ian Ladyman asks the people who know him best to pay tribute to the 37-year-old — and offer special insight into his remarkable career.
ERIC HARRISON
Manchester United youth coach
When Ryan was a teenager he was so quick and graceful. He was like a ballet dancer. He should have been on Dancing on Ice. I had never seen a young player like that and I had seen the Busby Babes. He took my breath away.
I used to kid myself that I didn’t want him to move to the first team but I was desperate for him to go really. I wanted him to show 60,000 people what he could do. The reason that Ryan has endured the way he has is largely because of one thing: intelligence. Ryan is a deeply bright young man. He has transformed that intelligence to the field and that has been the making of him in recent times.
As a younger player he used to get the ball and have two options in his head. He would either want to beat three men and cross the ball or beat three men and score. These days he has adapted and now his brain works quicker than his feet. He has learned to play more with his head up and is as astute a footballer as you will ever find. I watch him sometimes and my mouth still falls open.
BRYAN ROBSON
Former Manchester United captain
The first time I saw Giggsy he was playing for Salford Boys against United’s apprentices. He was thin and wiry but he just glided past four of our apprentices as if they weren’t even there, then he put the ball in the back of the net. I just thought: ‘This kid’s an absolute natural.’
The gaffer was watching from the office window and signed him up not long after that. He’s a great ambassador for the club and the game but he’s had his moments with the boss!
He once asked me if he should ask the gaffer for a car, soon after he’d made his debut. He went in to see him and we could hear the roar all the way down the corridor. The boss threw him out of the office and told him tocome back when he was a proper player.
It was great for the senior pros to have Giggsy around, though. When he came out after training all the girls would mob him and Lee Sharpe, and we could nip out the back door without anyone bothering us. 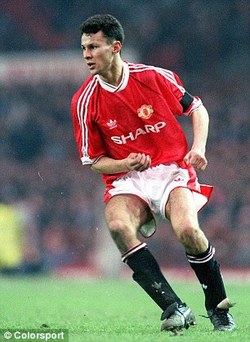 First sighting: Giggs makes his United debut against Everton back in 1991
SIR ALEX FERGUSON
Manchester United manager
He is just an incredible human being and he defies logic. There is no other player who has done what he’s done or is ever likely to do it. He is an amazing man.
There is only one accolade that is yet to materialise for Ryan. How I would love to adorn my team sheet with the words ‘Sir Ryan Giggs’. And why not? After making 800 appearances for Manchester United, many of them in extremely high-pressure situations, doesn’t Ryan deserve it? Unquestionably he does, as much as any other sporting figure we have known in these islands.
If it happens, there’s no doubt his team-mates will take the mickey mercilessly, but behind the banter lies gigantic respect. When we won the Champions League in Moscow and Ryan broke Sir Bobby Charlton’s club appearance record, the players made a presentation to him and almost raised the roof as they sang: ‘That boy Giggsy — he’s won the league 10 times’.
He’s like a god in that dressing room, yet he has never stopped being accessible. He is always ready to help the young players with a word of advice. The first time I saw Ryan in a trial at The Cliff my jaw dropped. I was sure from that moment he would make the grade. Pretty soon I was going to see his parents a couple of times a week to impress on the boy to come to United instead of Manchester City.
We were such persistent visitors that in the end we were expected. I’ll always remember his mother asking: ‘Now, shall we be seeing you again on Thursday?’
We threw him into a practice match against first-team players when he was only 14. He was up against Viv Anderson and he left him flailing. ‘Who the ******* hell is that?’ gasped Viv as he panted along in Ryan’s wake. 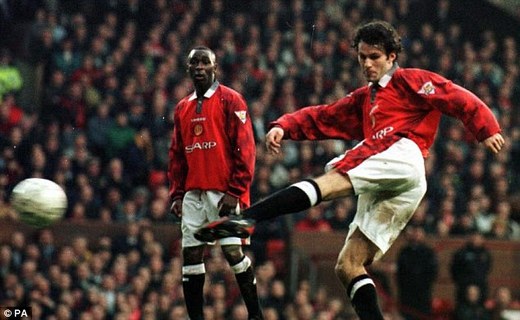 He's always had that eye for goal: Giggs fires home against Tottenham in 1998
LYNNE JOHNSON
Mother
When Sir Alex used to come to our house it was very daunting. He was just this famous man off the TV and there he was sitting on the settee drinking a cup of tea.
Ryan had been at City, of course, so I did go to them and say: ‘You have given him a chance but now United have come along and offered him schoolboy forms.’ I said: ‘Can you offer him schoolboy forms?’ and they said no. That was a big mistake!
When I look at his international career, it’s strange that all the time England were crying out for a left winger. There were times when I wish we’d had the English family connections because it’s sad that he has never played at the World Cup finals. I think that with Ryan playing, England could have won the World Cup.
That famous night when Ryan was caught at a party at Lee Sharpe’s house, Mr Ferguson turned up because I told him. He was driving to a dinner in Preston at the time. He came back, called at Lee’s house and we know what happened next.
JEREMY SPRIGG
UNICEF
Ryan has been involved with UNICEF since 1999 and showed such a commitment that in 2006 we made him an ambassador, following people like Roger Moore and Robbie Williams.
Last year he joined us for a trip to Sierra Leone for four days. This was not something he had to do. It was at some points harrowing, demanding and emotional for him but he wanted to do it. Ryan sat and talked to young men and women with AIDS. He would listen to people telling him that they had the virus when in some cases they hadn’t even told their own families.
On our long journeys back to the hotel, it was clear how the days had affected him. The thing about Ryan is that he is interested in people. He tells them the right things. He is intelligent and mature and incredibly important to us. 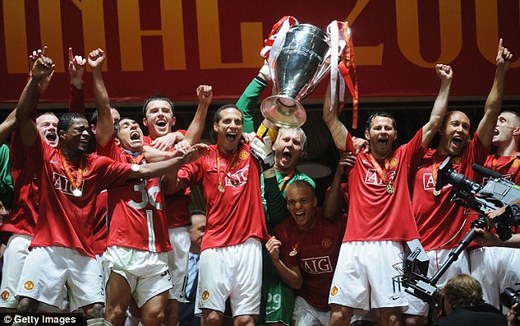 Memories are made of this for aver and a day... Giggs has his hands on the European Cup in Moscow on the night he broke Sir Bobby Charlton's appearance record
KEVIN RATCLIFFE
Former Wales and Everton captain
When Ryan first came into the Wales squad, he presented us with a problem straight away because he was too young to come out with us at night. He was only 17 and there was no way we were going to be able to smuggle him into a pub in Cardiff and hide him in the corner. He was far too famous for that, even then.
Ryan was the first footballer I ever saw turn up to games and training camps with his own Nintendo game. These days all the players have them but he was the first, which was a sign he was a bit of a superstar.
I was actually playing for Everton when he made his United debut in 1991 and I was playing my last game for Wales when he scored his first international goal against Belgium in 1993. Afterwards I was pulled over for a TV interview and said: ‘At least I can tell my kids I played with Ryan Giggs.’ I wasn’t being flippant, either. It was obvious even then that this kid was going to be a big deal.
In training I used to hide to make sure I didn’t get matched up with him in the sprints. I had been quick but was on my way out. He has been a superb ambassador for the game in my home country. He played with inferior players for many years and never complained.
Will he come back as manager? It’s early to say but he would be the people’s choice.