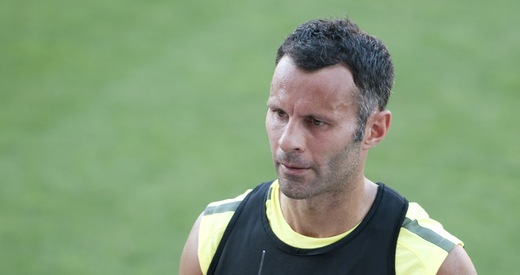 Rio Ferdinand and Jonny Evans will both be absent for United’s visits to Wigan Athletic and Chelsea, leaving Chris Smalling and Nemanja Vidic to continue their partnership at the centre of United’s defence.

Ferdinand and Evans are both likely to be fit for the trip to Anfield to take on Kenny Dalglish’s Liverpool next weekend. But Sir Alex Ferguson will be encouraged by the recent performances of Chris Smalling, softening the blow of Ferdinand’s absence since the start of the February.

For United’s visit to the DW Stadium on Saturday, the Reds could have Ryan Giggs and Michael Owen available for selecton.

Sir Alex told reporters on Friday: “Nothing much has changed on the injury front. We’re trying to get Ryan [Giggs] fit for the Wigan game, and Michael Owen is back training and could be available. Rio and Jonny Evans should both be back for Liverpool next weekend.”

On the more longer-term injuries, Ji-sung Park (hamstring), Anderson (knee) and Antonio Valencia (ankle) are all on course for March comebacks. “Ji-sung Park is still two weeks away,” added the boss. “Anderson will probably be back in three weeks, he’s back in Portugal now and we’ll have to see how he progresses.

“Antonio is doing well in training but it’s difficult to assess when he’ll be back. We have to make a decision on when to play him in terms of his own confidence after being out for so long. He could be back in two weeks hopefully.”

The return of Giggs and Owen could be beneficial for Saturday’s trip to Wigan, where Sir Alex is concerned about the newly relaid pitch at the DW.

“It’s obviously a concern that they’ve relaid the pitch, although I understand it’s OK," he said. "It’s be a difficult game, Wigan are a team who play fantastic football, but this time of season they’re all difficult. It’s important that we keep our momentum going because the team who is most consistent will win the league.”